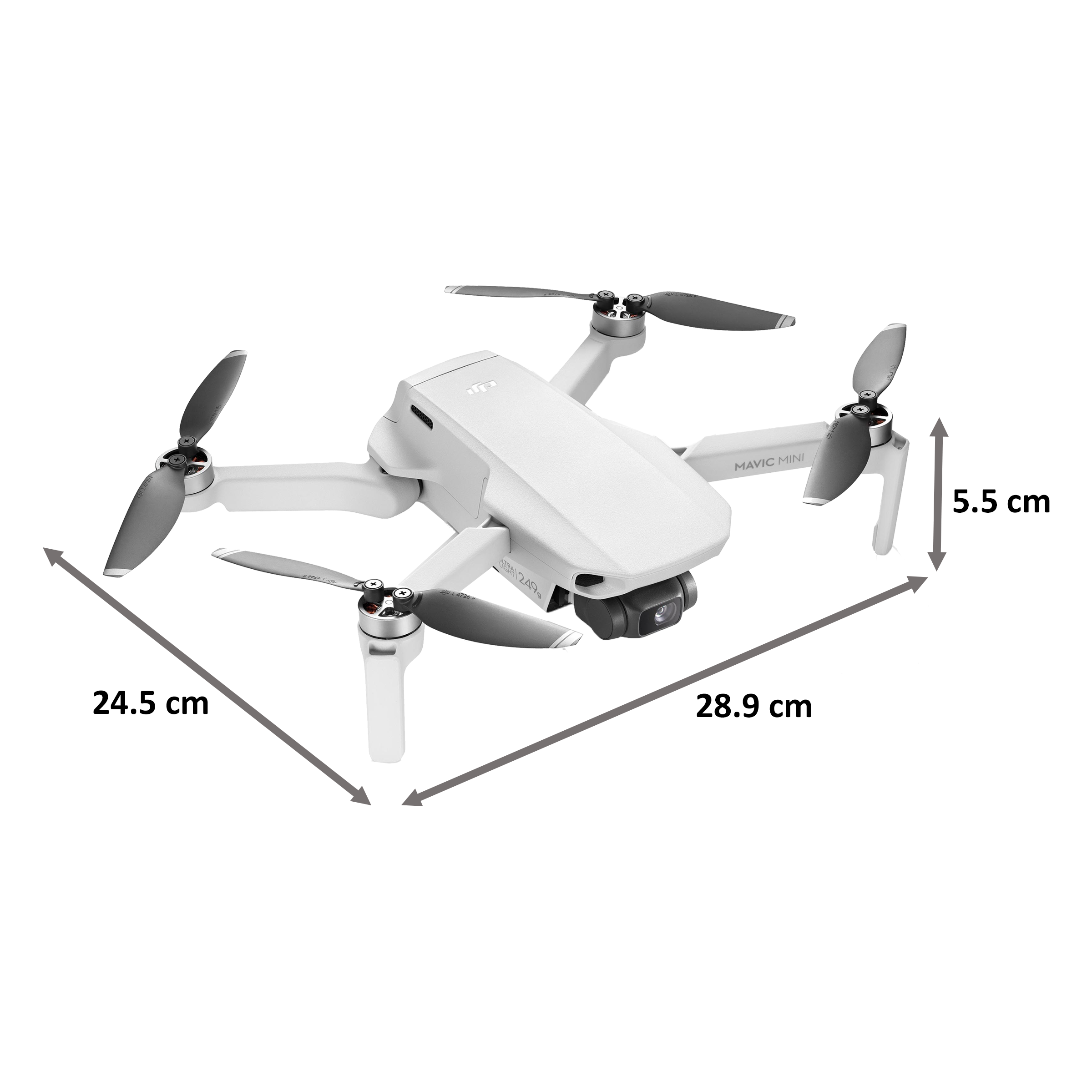 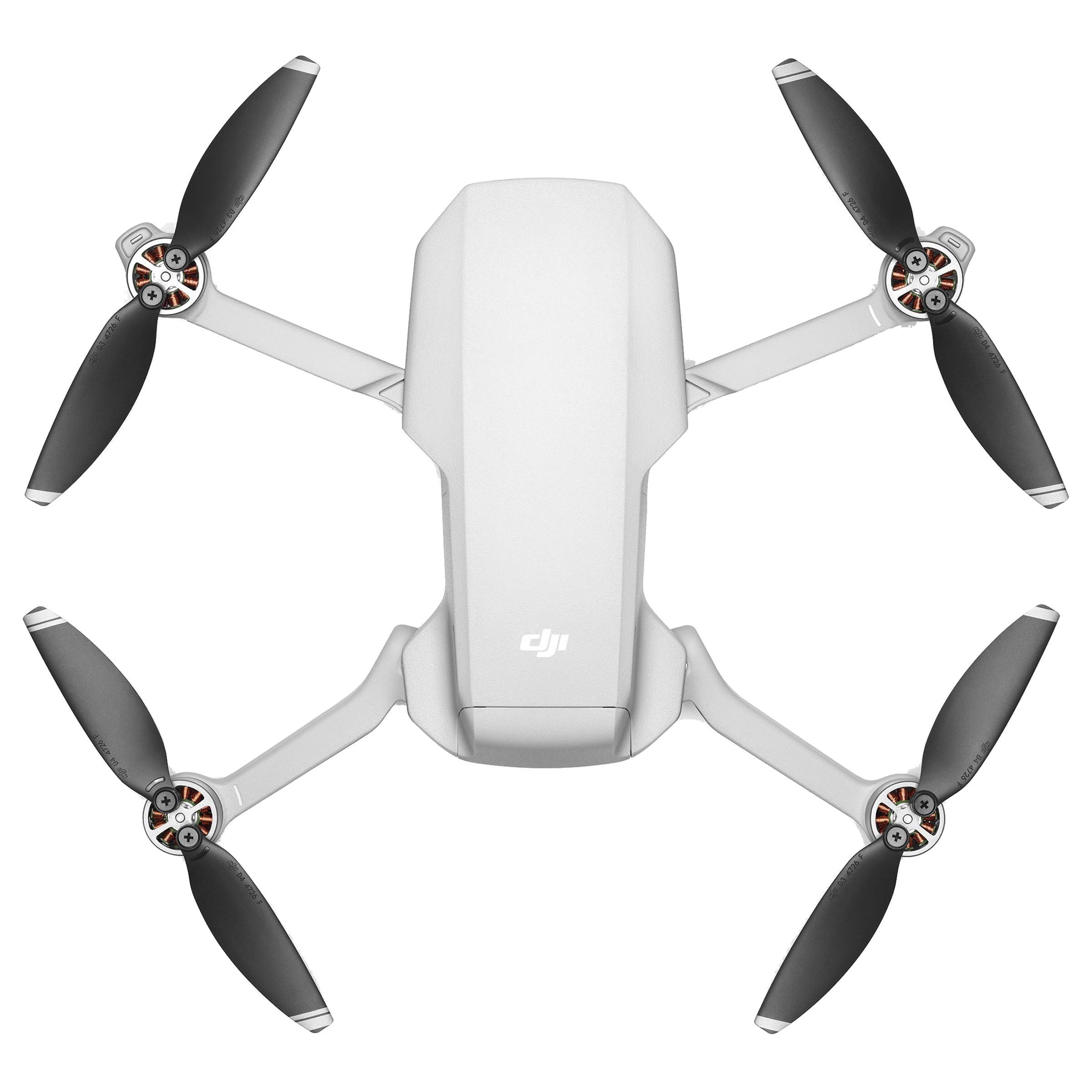 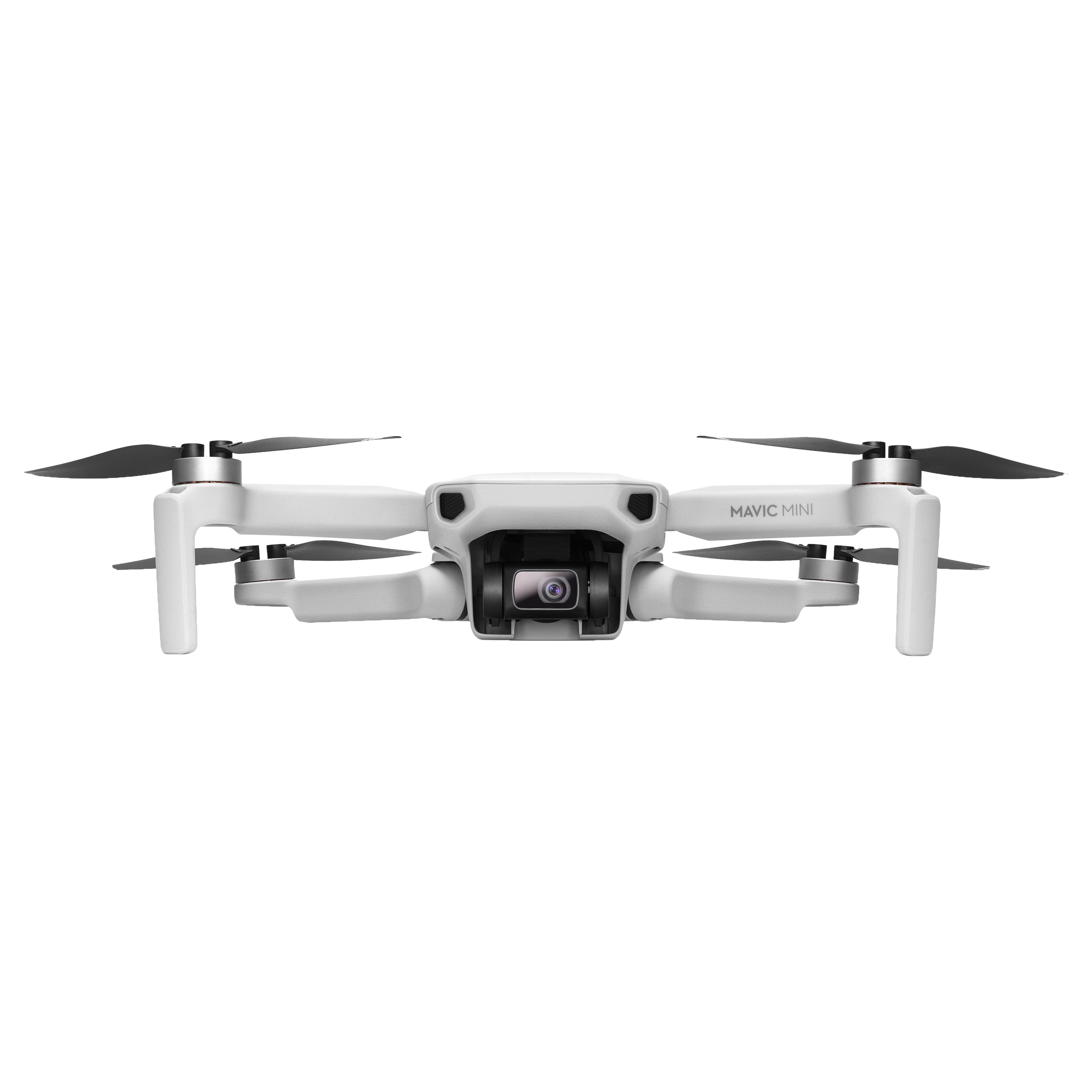 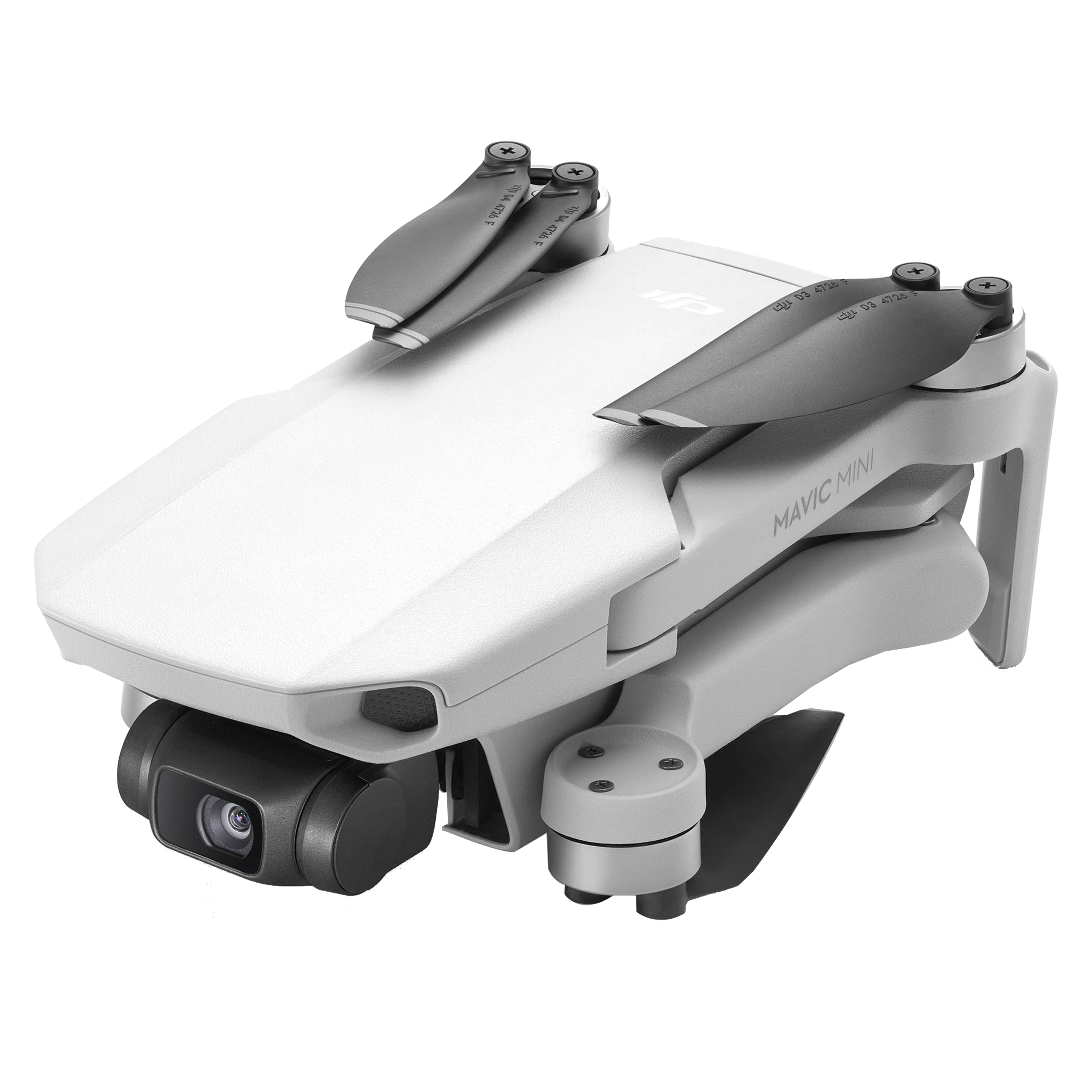 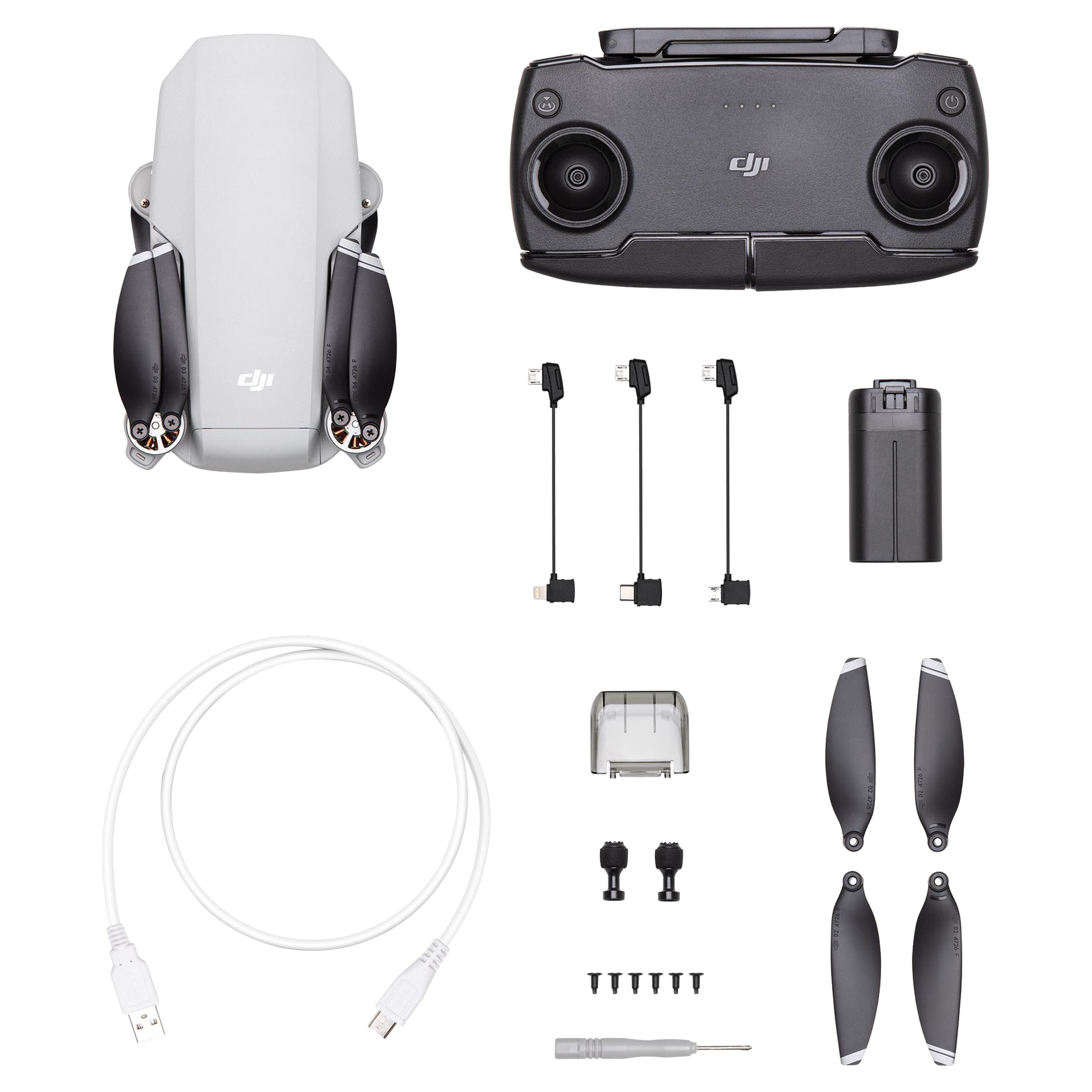 Open your sky and start recording by getting the DJI Mavic Mini 12MP Drone Camera online, which is a compact yet powerful, creative companion, capturing your moments in a way that effortlessly elevates the ordinary. The maximum take-off altitude is 3000 m. It comes equipped with a 360 Degree Propeller Guard that fully protects the propellers and improves flight safety. Thanks to advanced sensors, Mavic Mini can also hover precisely. It supports 12 MP aerial photos and 2.7K Quad HD videos. It is having a 1/2.3” CMOS sensor that ensures amazing quality pictures. It provides 4km HD Video Transmission. The 3-axis motorized gimbal also offers amazing camera stability and enables clear ultra-smooth footage. It is equipped with Vision Sensor along with GPS Precise Hover. It comes with a dedicated remote controller that maintains an HD video feed at a distance of up to 4 km. Detachable control sticks can be stored easily inside the remote controller for easy portability. Compared to similar consumer FlyCams on the market, its weight allows the drone camera to stay in the air longer. Witness up to 30 minutes of flight time with a fully charged battery having 2600 mAh capacity. Slow down the flight speed and movements of the Mavic Mini for an added layer of precision and stability. The CineSmooth Mode is useful when flying in narrow or complex spaces. The DJI Fly app gives users integrated access to SkyPixel, which is a social media platform for users to share their aerial photos and videos. Browse the work, share your own, and even discover popular aerial photography spots in your area. The DJI Mavic Mini 12MP Drone Camera’s price shouldn’t set you back considering its features.

Get the everyday flycam to fly as you are when you buy DJI Mavic Mini 12MP Drone Camera. It is having a max. tilt angle of 30 degrees (S Mode), 20 degrees (P Mode), and 20 degrees (C Mode). It weighs 249 grams, which is almost as light as the average smartphone. Thus, it is exceptionally portable and places it in the lowest and safest weight class of drones, which in many countries may exempt it from certain regulations. Also, with the easy-to-use DJI Fly app, you’ll enjoy a simplified flying experience and a perspective unlike any other. The new DJI Fly app provides a simple and intuitive user experience, enabling you to create cinematic shots with just a few taps. It even has Flight Tutorial, a feature to help you get started with Mavic Mini quickly and safely. The app provides a variety of Creator Templates that generates awesome videos with just a tap. Even beginners with no editing experience can turn any moment into a social media hit. It requires an operating system namely iOS v10.0 or later Android v6.0 or later. It takes shots that look like they came from a Hollywood film set, which is just a few taps away with Mavic Mini’s QuickShot modes, which include Dronie, Circle, Helix, and Rocket. Just select your QuickShot and Mavic Mini will execute an elaborate preset motion while recording. Taking automatically generated short videos has become easy which you can share instantly with friends on social media. So, go ahead and purchase the DJI Mavic Mini 12MP Drone Camera online, right away!