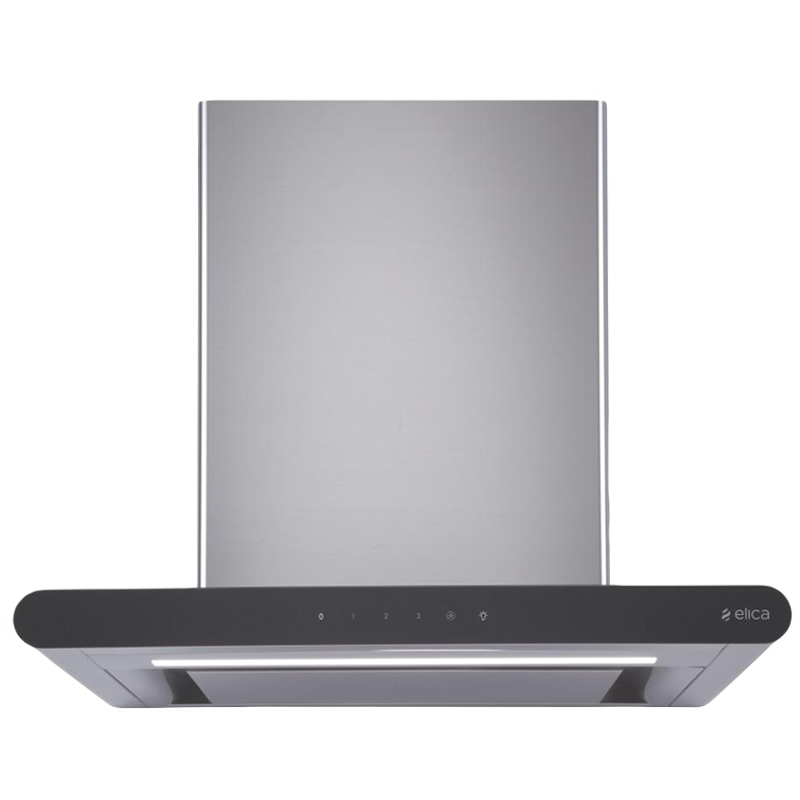 Chimneys, these days, have become a necessity for every household because with the amount of pollution caused in the kitchen space while cooking, it is really difficult to maintain a healthy environment in your home. If your kitchen chimney doesn’t come with a space-efficient design and do not go with the modern and intelligent décor of your apartment, it is time to upgrade it to Elica Galaxy EDS HE LTW Touch LED S Kitchen Hood. With amazing technology and a gorgeous design it is a favourite among householders.

The Elica Galaxy EDS HE LTW Touch LED S Kitchen Hood is crafted using the latest technology which makes sure that your kitchen has a healthy atmosphere. It is powered by clean linear lines enhanced with Perimetric panel which speeds up the suction process. This chimney has a 360 degree Tornadic suction which is extremely efficient in kitchen. Its 3D filter offers an all-round effective cleaning. The suction power of 1220m3/hour and a size of 90cm makes it effective in every kitchen.

The Elica Galaxy EDS HE LTW Touch LED S Kitchen Hood has a beautiful sleek design which occupies less space and looks perfect in any size of kitchen. With the soundproof EDS3 technology, the chimney offers considerable noise reduction as compared to traditionally constructed cooker hoods without affecting its superior performance. Also, the smart chimney give indication when it requires a change of filter. The LED strip light gives a brilliant look to the chimney as well as your entire kitchen. The touch TC4V panel enables smooth operating.