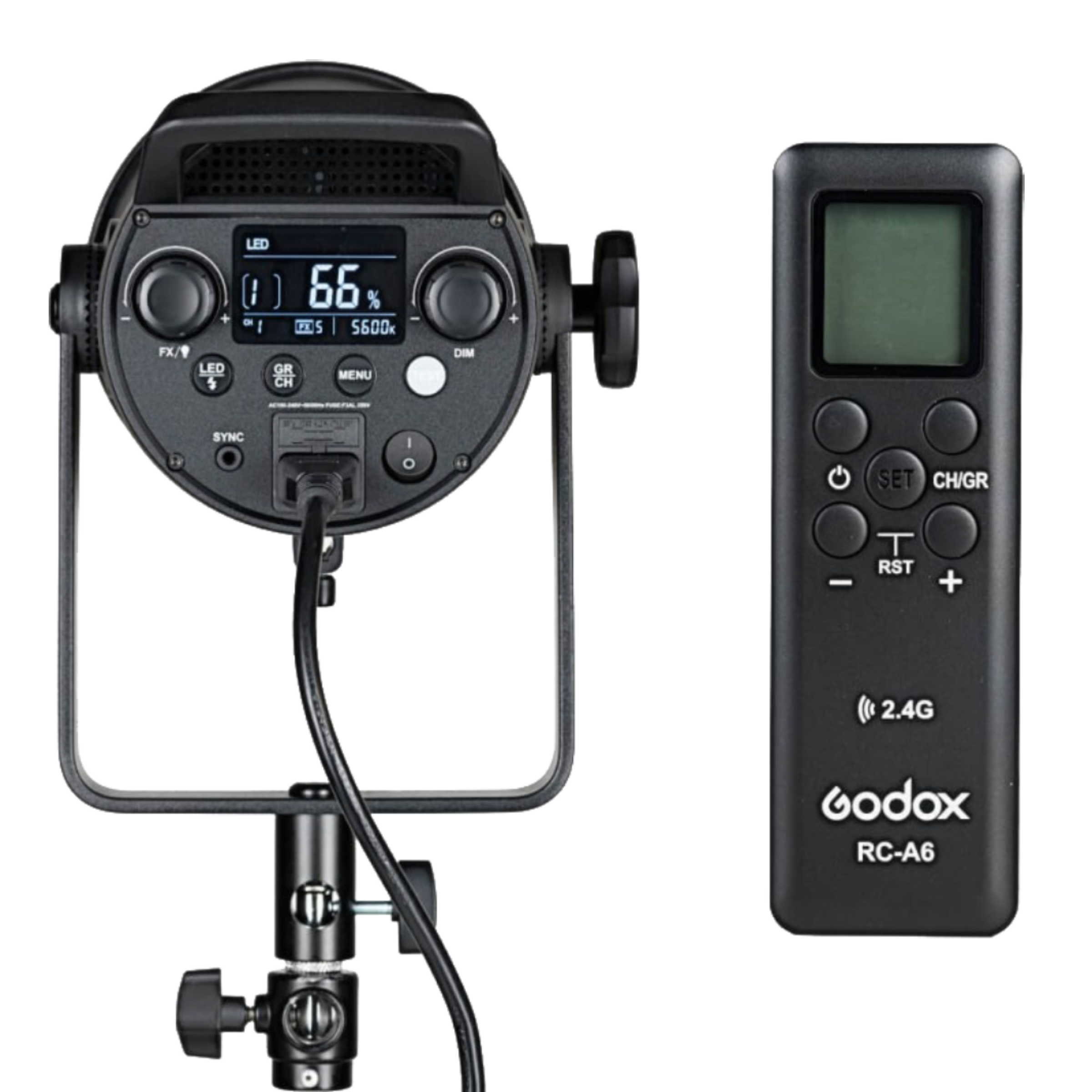 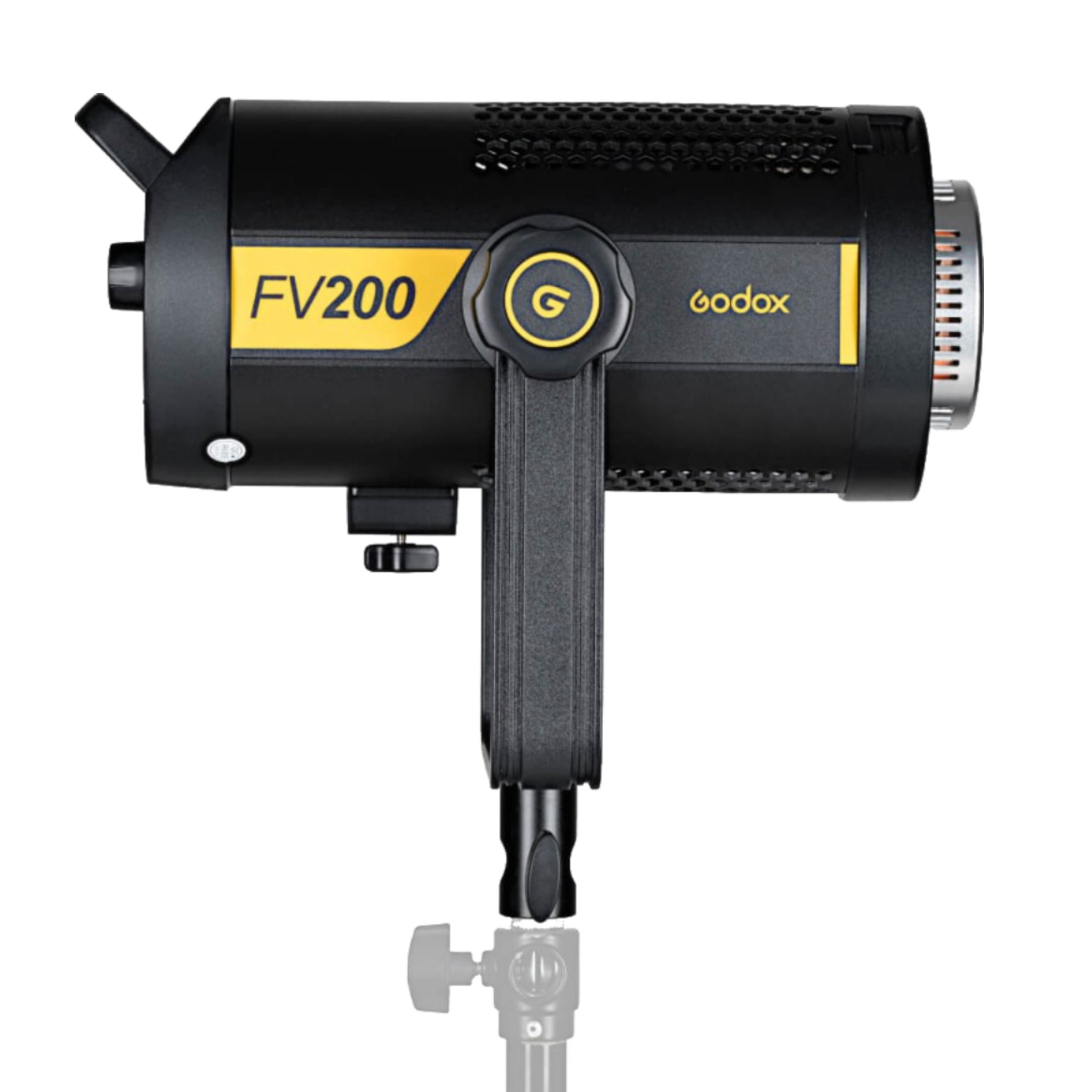 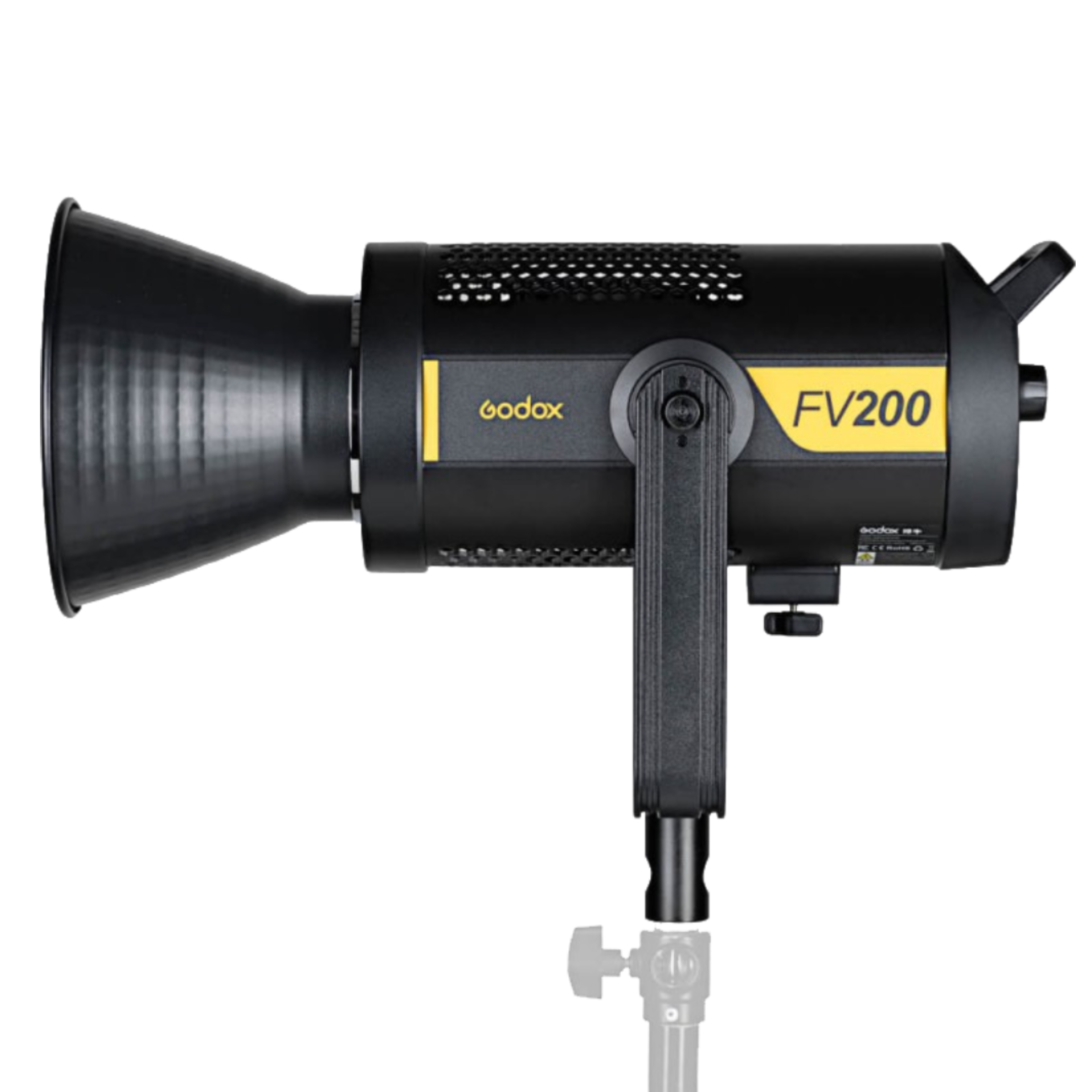 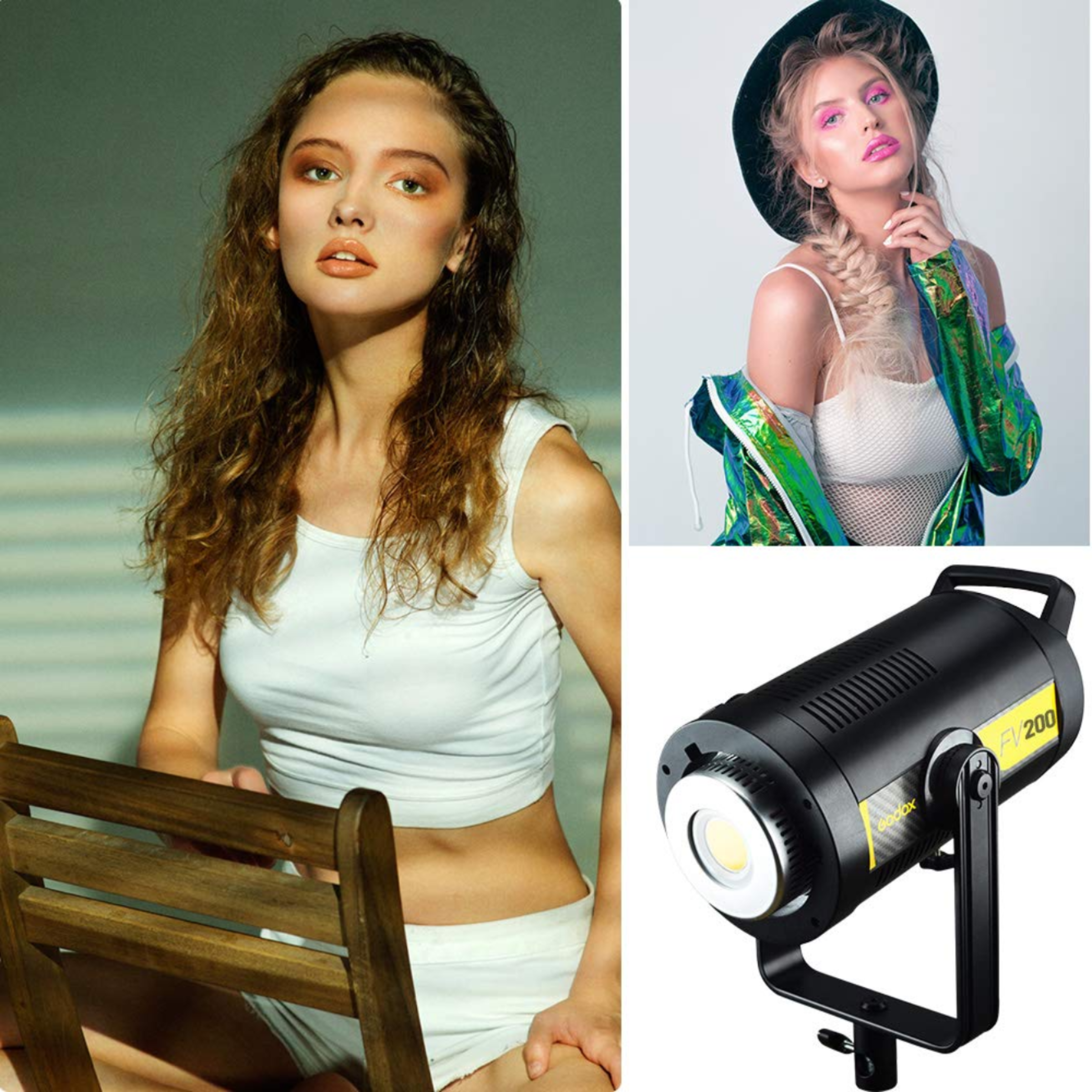 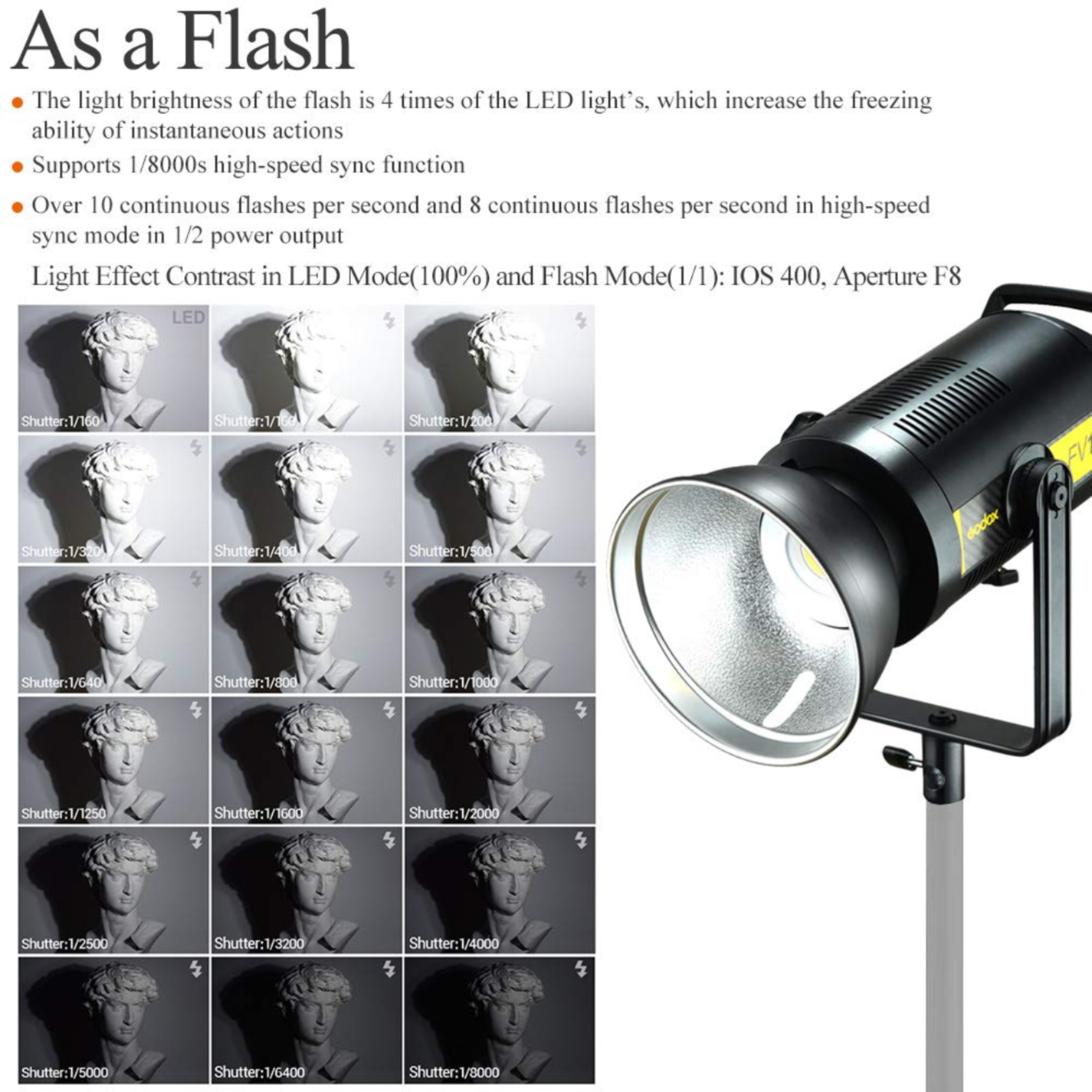 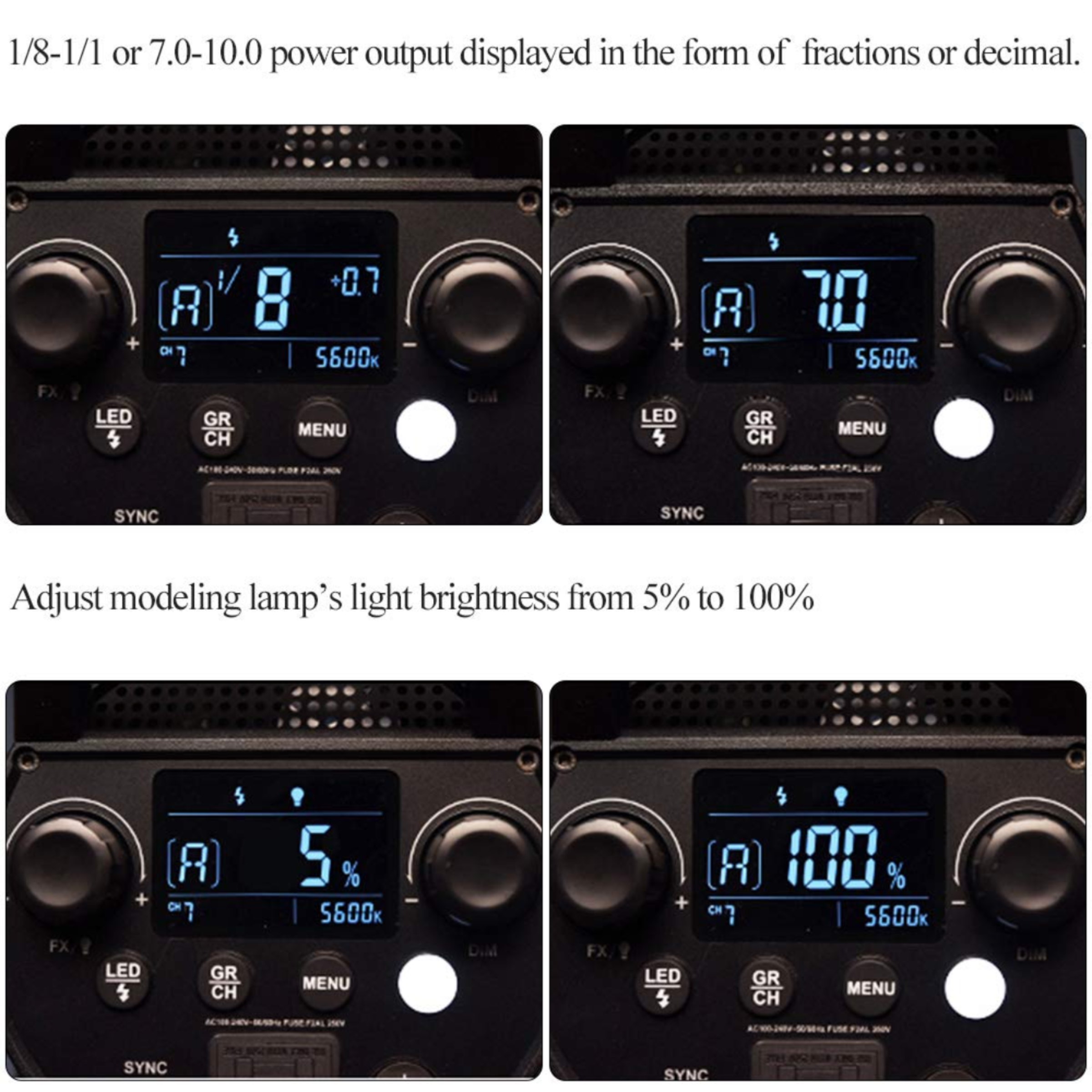 Now, carry out professional-grade shoots with the Godox Flash LED Light. High-Speed Sync Flash LED Light FV series to add flash functions Based on the traditional LED Light, the FV series can be served as a flash, as well as an LED Light, With strong power, abundant functions, and 8 FX special effects modes, it can achieve creative shooting easily. Built-in Godox 2.4G wireless receiver (X system), compatible with Canon, Nikon, Sony, Fuji, Panasonic, Olympus, and Pentax Cameras. The FV hybrid lamp series adds flash functions (as well as HSS synchronization) to standard continuous LED lighting applications. The FV has a mode in which we can choose from eight special effects such as flash, storm, TV, or a broken light bulb. Able to flash at 10 per second at full power and 8 at HSS Mode. The Flash stays cool under fire for continuous rapid flash use. You can control the lamp on the large and readable LCD panel of the device, you can also make them remotely using the 32-channel remote control (available separately).

The Godox Flash LED Light’s price is also affordable. If you know that you want a full-featured monolight but can't decide whether to go with flash or continuous light you can have both with the Godox FV High Speed Sync Flash LED Light series. In continuous mode the unit has a 5600K color temperature and is dimmable from 0-100% with a CRI/TLCI rating of 96/95, indicating high accuracy in color reproduction. In flash mode, the Godox FV200 color temperature is again, 5600K, and power can be adjusted from 1/8 to full power. It supports High-Speed Sync at speeds as short as 1/8000 seconds. The brightness of the flash is four times that of the continuous light, which increases the ability to freeze movement in your photos. Built-in wireless System X 2.4G (16 Groups and 32 Channel unit individuality) receiver compatible with Canon, Nikon, Sony, Fujifilm, Panasonic, Olympus, and Pentax camera systems. The FV light is ready for worldwide use via its 100 to 240 VAC power supply. A standard Bowens-mount reflector with an umbrella channel is also included. Thanks to the Bowens mount, we gain access to a wide selection of modifiers and accessories. So what are you waiting for? Purchase the Godox Flash LED Light online, right now!