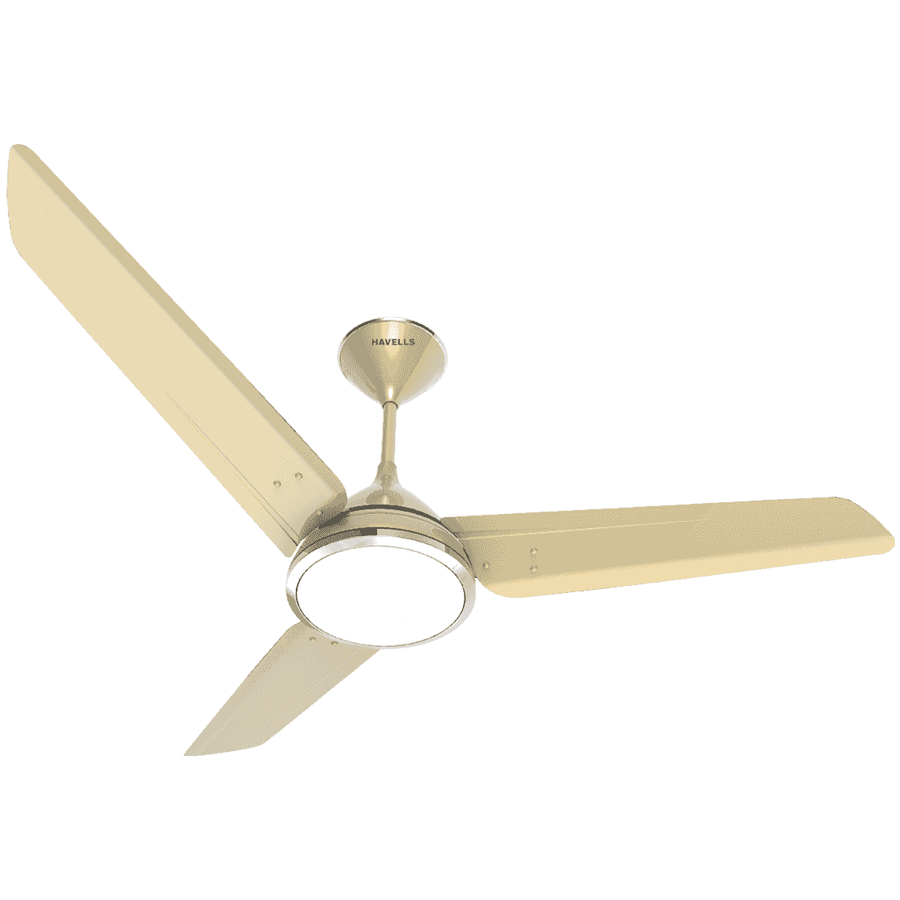 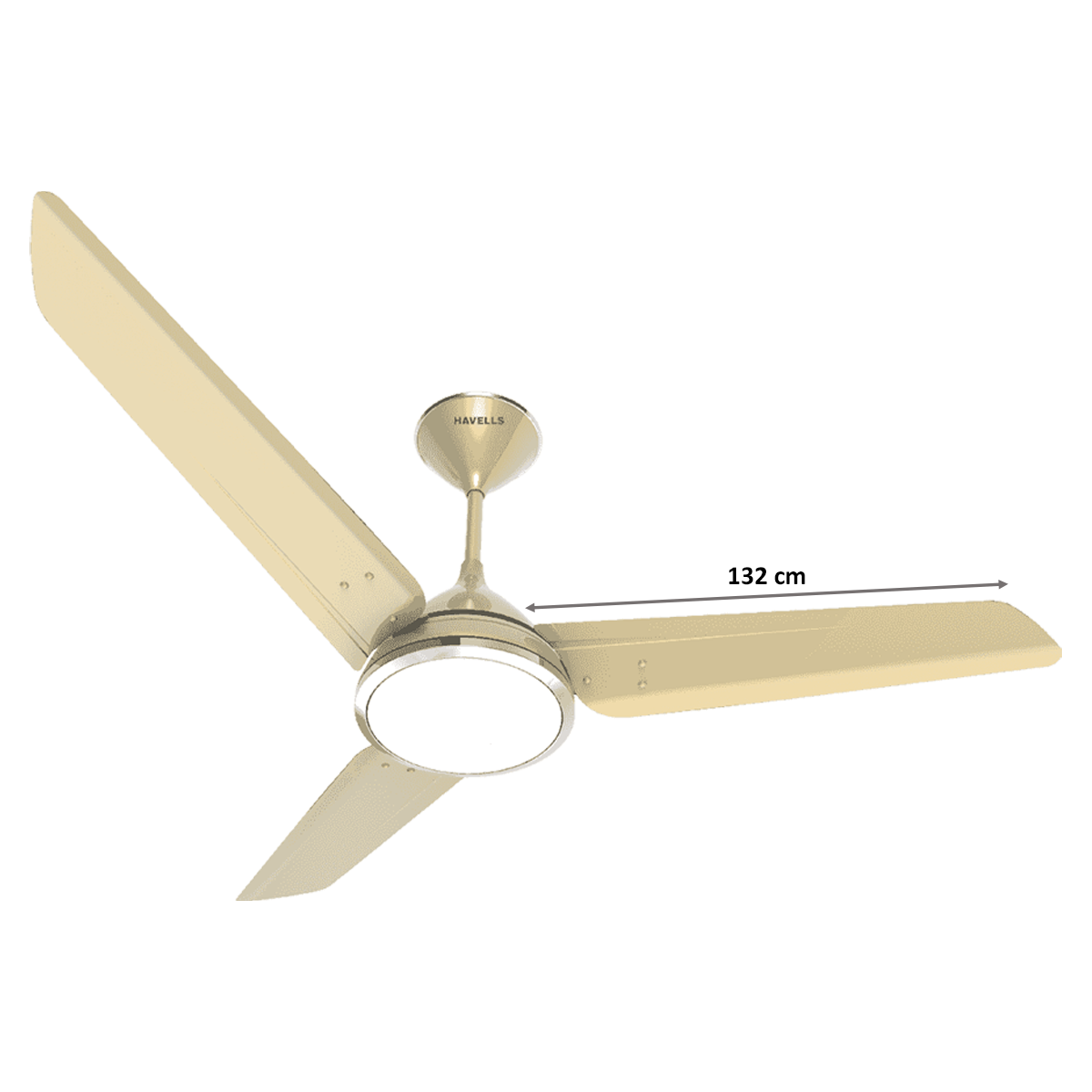 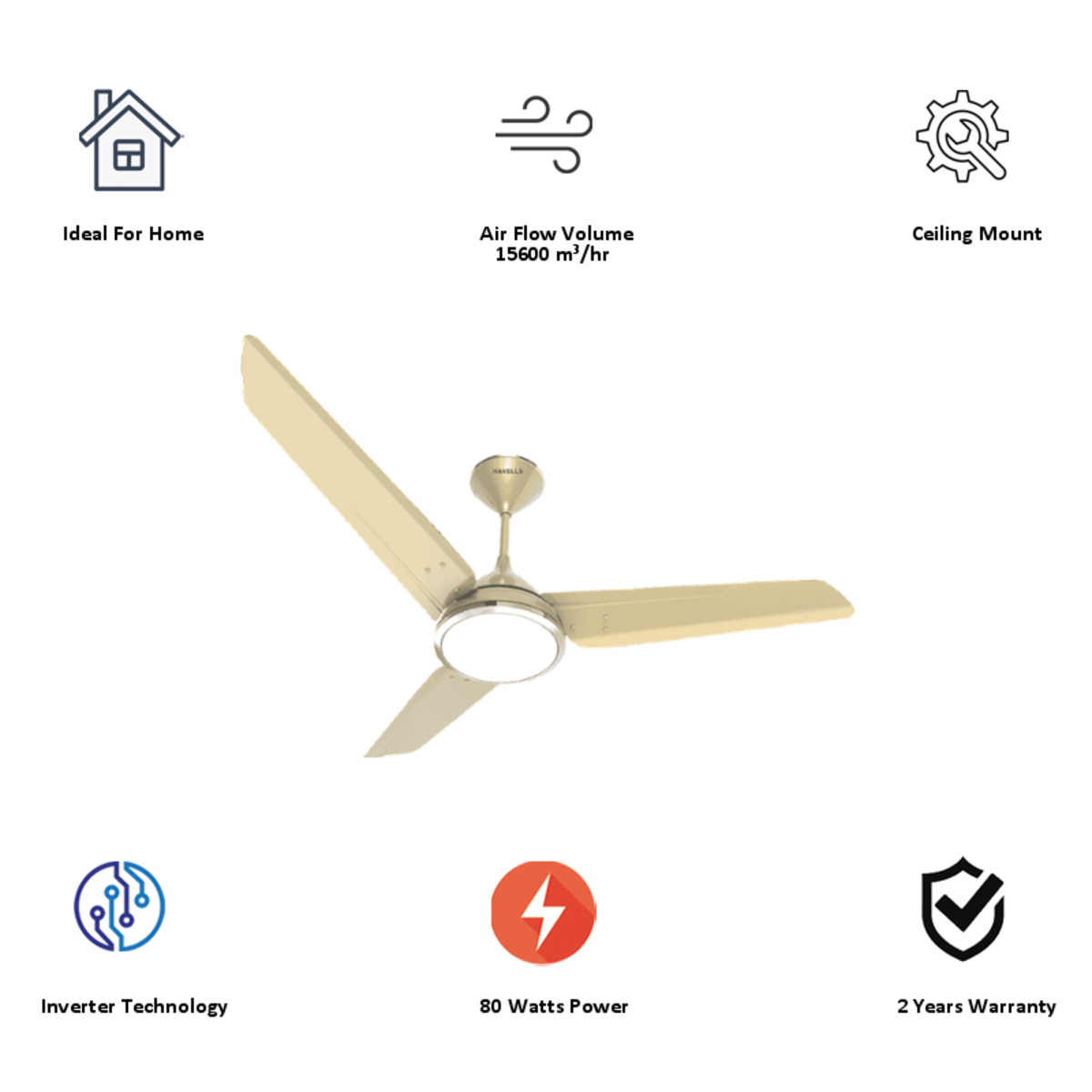 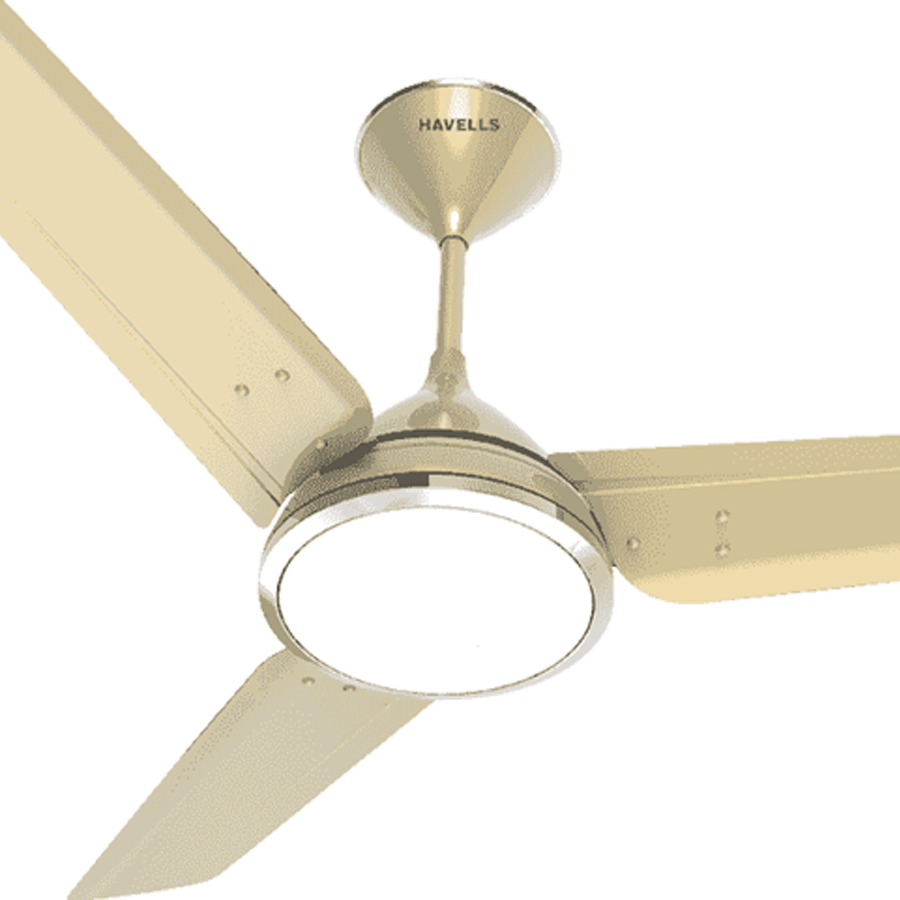 Ceiling fans are not just serve cooling purposes but also function as perfect ornamenting items in your stylish apartment. The new Havells Lumeno Ceiling Fan is crafted to be the perfect accessory to your well-furnished apartment with its grandiose appearance with LED under-lighting and cooling power that will put other ceiling fans to shame. This is the most apt appliance that would suit the attractive décor of your rooms. With a total power consumption of 80W, this fan comes handy in every household.

The Havells Lumeno Ceiling Fan is enabled with a 5-step remote control, allowing better efficiency in speed adjustment. The diagonal edged design of the blades instead of the typical straight ones serve for better efficiency enabling the wider circulation of air. The 132cm sweep of the fan spreads the air as widely as covering an average area of 53400 cm2 (approximately), so you can be assured that every corner of your room will be receiving an equal amount of air. Along with that, this fan is equipped with a high-speed motor enables it to deliver superior air to your room with the rotating speed as high as 280 RPM with a higher air flow of 260m3/minute.

The attractively crafted design of the Havells Lumeno Ceiling Fan makes it the most apt choice for your modern day décor. Its LED under-lighting with alterable intensity boosts the beauty of your room. The blades of the fan sports a superior paint finish which gives it a tailor-made look for your fashionably decorated rooms. Also, the intensity of the LED under-lighting can be adjusted according to your need, so tone it down to suit the amazing mood.