Here's what to expect in the brand new OnePlus 9RT

We are at the beginning of the year, and all relevant devices for 2022 have a slot booked for their annual releases. OnePlus has announced the release of their new offering, the OnePlus 9RT, launching in India in January 2022. OnePlus 9RT was first launched in China in October 2021, with a Qualcomm Snapdragon 888 Soc under the hood. While holding off the release in India, they have created a feeling of anticipation for its Indian fans. Today, it definitely makes it one of the most awaited devices of the year!

Gone are those times when we had to scout around for an invitation to purchase one of these coveted OnePlus devices. Over the last few years, OnePlus has evolved from a niche brand to one of the most recognised and preferred smartphones.

For all those waiting with bated breath, we have an overview of promised specifications that you can expect in the OnePlus 9RT. For starters, the device is all set to launch with an Android 11 operating system, the OnePlus variant, known as Oxygen OS 11. The OS acts as one of the prime highlights of OnePlus smartphones, and it has contributed to the look and feel of the device.

Scroll through some of the cool new features and upgrades incorporated by OnePlus this year, and here's hoping you can get your hands on one very soon!

Display- The screen size has considerably increased compared to other OnePlus smartphones. The OnePlus 9RT smartphone offers a 6.62-inch full HD+ Samsung E4 AMOLED display with a resolution of 1080x2400 pixels, all at a pixel density of 397ppi, and a refresh rate of 120Hz. Its refresh rate provides a quick response time and makes it more efficient and fluid.

Design- The OnePlus 9RT comes with a contemporary exterior that exudes style. In fact, the device's ceramic-glazed back leaves no scope for fingerprints and flaunts a premium finish. It is expected in three exclusive shades, black, blue and silver.

Camera- The biggest upgrade in the OnePlus 9RT is its camera. This smartphone is equipped with a triple rear camera setup featuring a 50MP primary camera with an aperture of f/1.8, the primary camera's image sensor has been upgraded from the Sony IMX 586 to an IMX 766 equipped with OIS (optical image stabilisation). Along with this, it comes equipped with 16MP ultra-wide camera with an aperture of f/2.2 and a 2MP macro camera (f/2.4) to capture those closeups with high details. The front camera has been upgraded to a 16MP f/2.4 with a Sony IMX 471 image sensor. So, now you can capture those important moments with your friends and family in just a click. 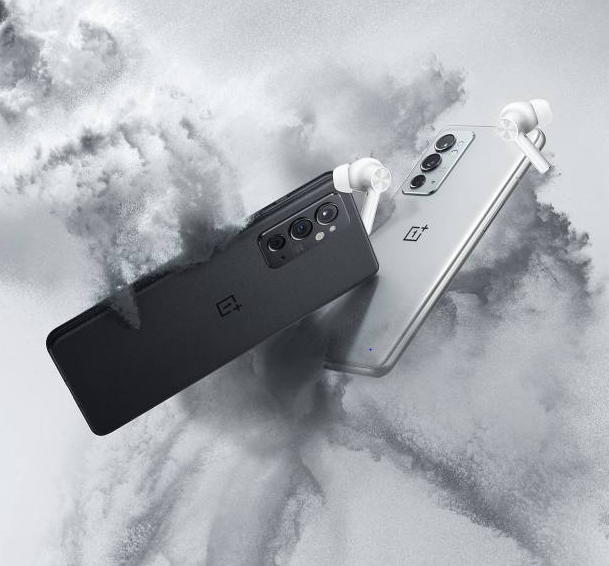 Performance- This time OnePlus has concentrated on optimising the gaming experience with the in-game touch sampling rate reaching up to 600hz. OnePlus 9RT has made efforts to make your gaming experience vivid, it has considered optimising the temperature of the device while gaming. So now mobile gamers can grind more games for longer periods with fewer concerns about overheating and crashes. All the gaming computations are handled by the Adreno 660 GPU.

Processor, Storage & RAM- This is one of the major upgrades the OnePlus 9RT has on offer. It is upgraded with a Qualcomm Snapdragon 888 SoC Octa-core processor, paired with up to 12 GB of LPDDR5 RAM and up to 256GB of storage. According to the sources, the OnePlus 9RT is launching with two variants- 8GB RAM along with 128GB storage and a variant with 12GB RAM along with 256GB storage.

Biometric Security- Because of the powerful processor and high refresh rate display, biometric security features like the fingerprint scanner, facial recognition have a much quicker response time. Thus, letting these features work in a blink of an eye.

Battery- OnePlus 9RT mobile offers you a 4,500 mAh battery which supports fast charging at 65W and that’s juiced by the 65T Warp Charger.

Why you should invest in the OnePlus 9RT

According to our sources, the OnePlus 9RT is all set to launch on January 14th 2022, with the base variant priced at Rs. 42,999 only. With all these new upgrades and features sandwiched into a brand new device, are you excited and ready to experience them all in one place? We know we are!