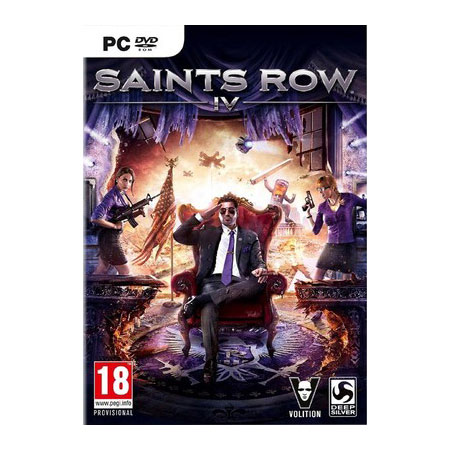 Save mankind and play the role of the world�s most powerful man the President of USA in PC Saints Row 4 game. It features the American Dream, Dynamic Duo, Super Hero-in-chief, alien toys of destruction, and custom weapons. After disarming the nukes and chasing the ex-commander of STAG who wants to destroy the Saints, they get elected to the White Crib.

You and Kinzie will have to save the Saints who have been abducted due to an alien invasion, and in this process you also save the mankind. Playable in single-player and multiplayer mode, this action adventure genre's developed by Volition.