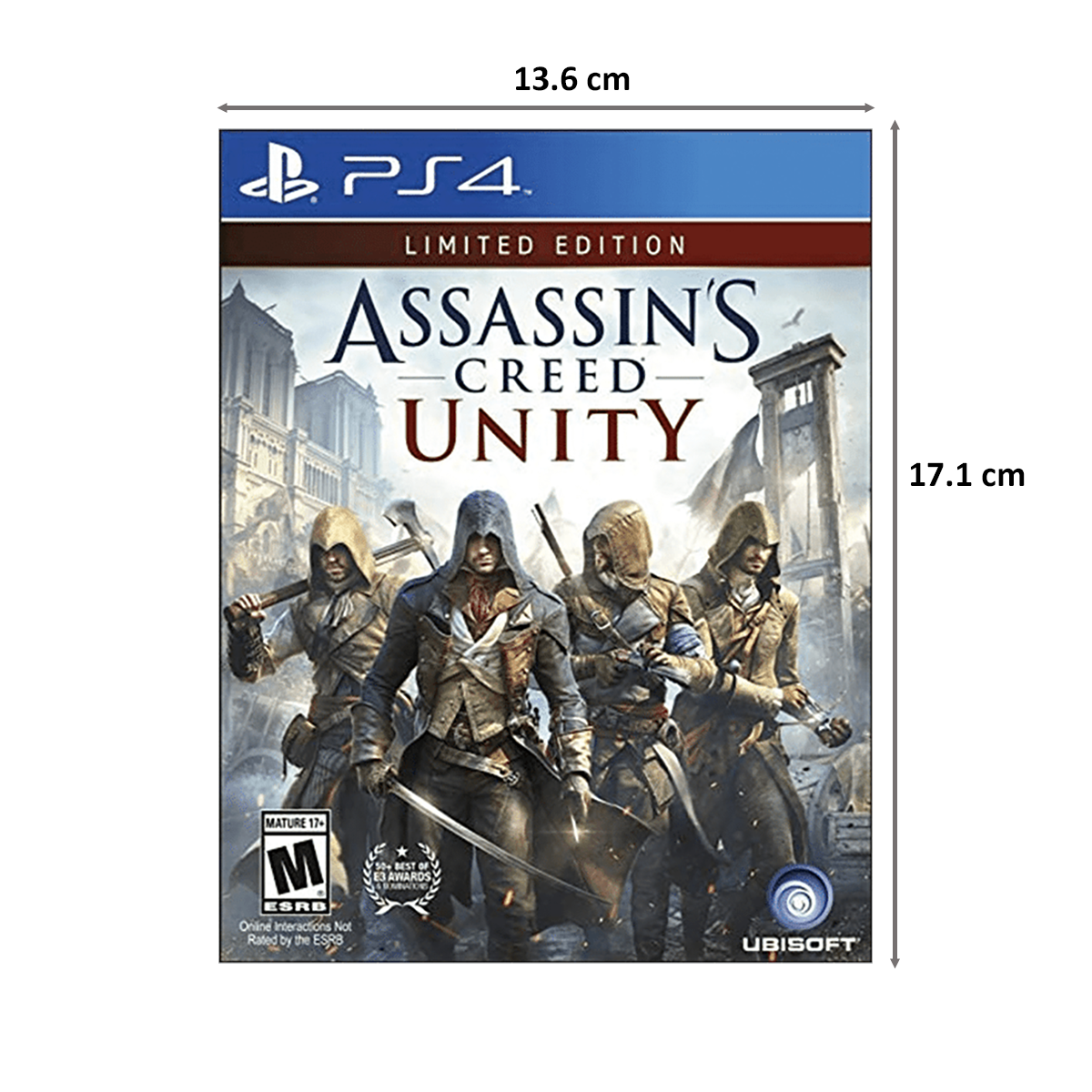 The PS4 Assasin’s Creed Unity gives an insight into the French Revolution and helps the people of France carve an entirely new destiny. The journey begins in 1989 in Paris where the French Revolution turns a once-magnificent city into a place of terror and chaos. Its dilapidated streets run red with the blood of commoners who dare to rise up against an oppressive aristocracy. Yet as the nation tears itself apart, a young man named Arno embarks upon an extraordinary journey to expose the true powers behind the Revolution. His pursuit to become Master Assassin will make him take a ruthless journey for the fate of the nation and transform him immensely. Play as Arno the protagonist in this gameplay who is an entirely new breed of assassin, more lethal than his ancestors. Take down your prey with a range of new weapons such as the Phantom Blade, a Hidden Blade with crossbow capabilities.

The PS4 Assasin’s Creed Unity comes with new features that a player can take advantage of. It lets the player to experience the Paris during the French Revolution and shows the magnificent city transformed into a nightmarish place of terror, where the cobblestone streets run red with the blood of commoners who rose up against the aristocracy. The player set off on diverse adventures from ancestral missions, treasure hunts, murder mysteries, contracts and more taking down enemies with a range of new weapons, such as the Phantom Blade — a hidden blade with crossbow capabilities. The game has high graphics and one can have a thrilling experience playing this game. Additionally, the combat experience is redefined thanks to a reinvented fighting system, which is based on skill, timing, and flow, plus easily scale up, down and across city walls and buildings thanks to full-motion control with new parkour mechanics. Stay hidden, stalk prey and strike without warning with enhanced stealth gameplay, including a new stealth mode, cover system, and crowd-manipulation techniques. Craft a unique play style by choosing weapons, gear, outfits and specialized skills, mixing and matching with hundreds of possible combinations. Build your stealth, fighting and navigation abilities using the new expansive skill tree. The PS4 Assasin’s Creed Unity ensures that the players get the best experience and a fully immersive engagement.