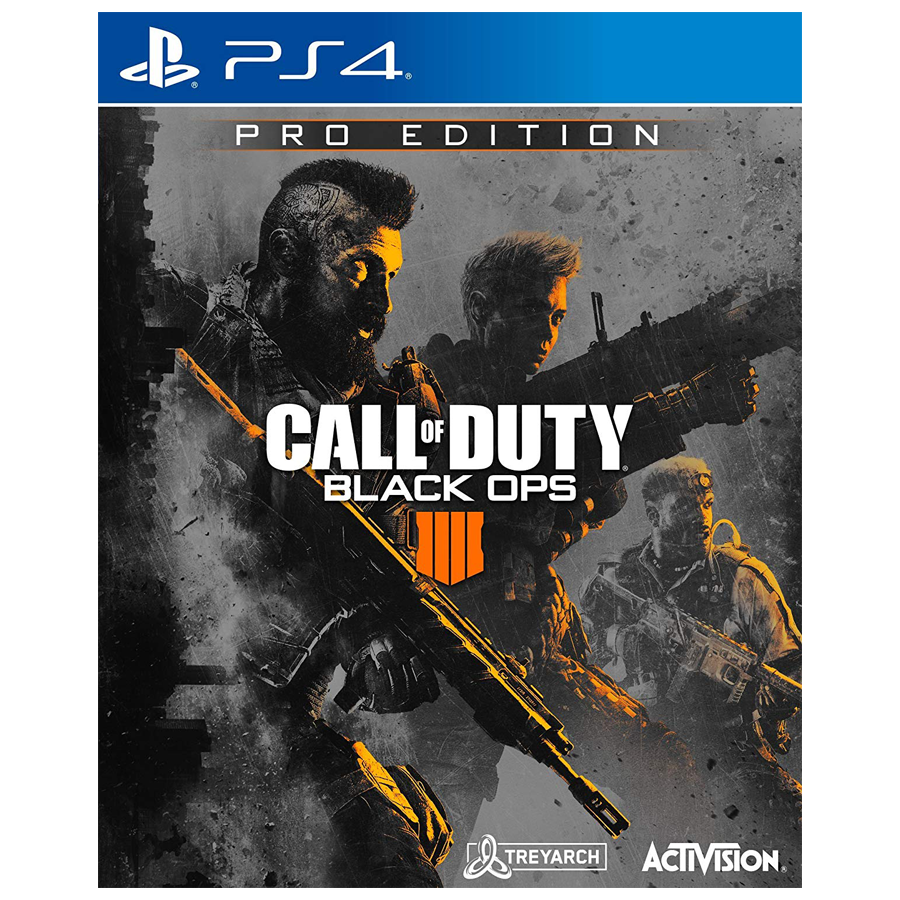 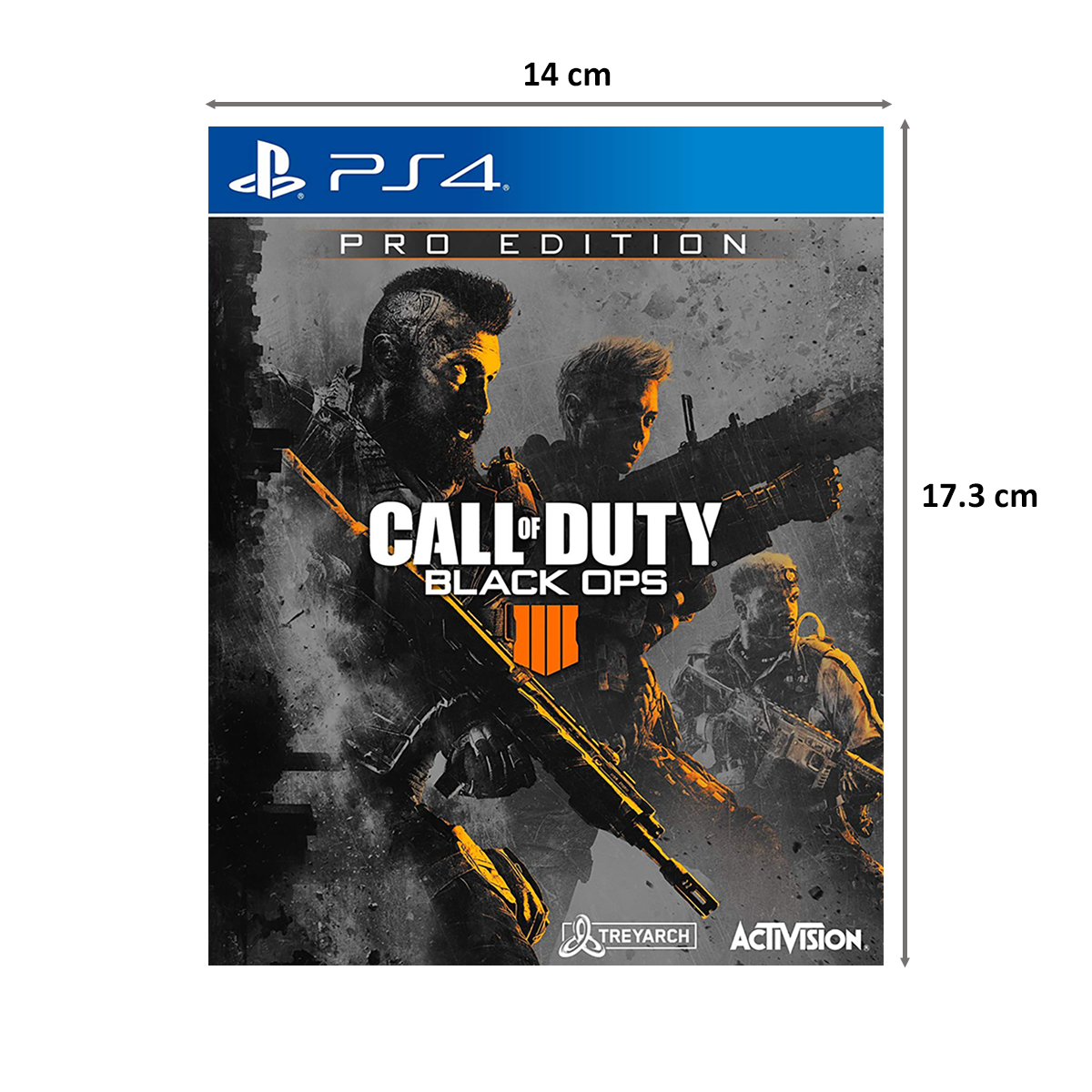 The popular and highly anticipated Black Ops is back! Featuring gritty, grounded Multiplayer combat, the biggest Zombies offering ever with three full undead adventures at launch and Blackout, where the universe of Black Ops comes to life in a massive battle royale experience. Blackout features the largest map in Call of Duty history. Signature Black Ops combat and characters, locations and weapons from the Black Ops series Call of Duty: Black Ops 4 for the PS4 delivers the deepest and most tactical multiplayer experience ever in Black Ops, the biggest day one Zombies offering ever in the series with triple the number of adventures, and an all-new Battle Royale-inspired mode that brings together characters, locations, weapons and gear from across the storied series in all-out survival combat, all uniquely Black Ops. Call of Duty: Black Ops 4’s multiplayer experience delivers the most tactical depth to-date. Featuring a gritty, grounded combat experience, Black Ops 4 Multiplayer is set between Black Ops 2 and Black Ops 3 and serves as a prequel to the game’s Specialists and their backstories. Multiplayer has been revamped to a whole new level, designed to offer more choice, reward more styles of play and create an even more intensely competitive experience. Specialists return in a big way: their weapons and equipment are unique to each, so combining Specialists based on the style of play and game mode adds a new level of strategy and team creativity – it’s all about synergy.

The all new and exhilarating Call of Duty: Black Ops 4 for the PlayStation features a combination of new and re-imagined Specialists, all of whom have distinct combat profiles and abilities. Multiplayer in Call of Duty: Black Ops 4 places an emphasis on tactical teamplay that rewards all play styles that contribute to a team’s success, not just individual performance or K/D ratio. Players can combine their talents with other players to become force multipliers, making the team more superior than any one player could be on their own. Players are strong on their own, but unstoppable as a team, especially when they combine Specialists in strategic ways to work together. The pace of Black Ops 4 has evolved, without slowing down the speed of the player. Combat is more tactical, yet more fluid than ever. Black Ops 4 multiplayer is a grounded experience, with no thrust-jumps or wall-running. It also introduces a new manual health system that you must strategically employ: choose when to regenerate your health as it recharges on a cooldown.

The Zombies are Back

This year marks the 10-year anniversary of Call of Duty Zombies, as Black Ops 4 delivers the biggest Zombies offering at launch ever with three full Zombies experiences. Voyage of Despair is set aboard the RMS Titanic, an iconic and monumental setting where our four protagonists discover the truth that befell the doomed passengers on that fateful night. Set in ancient Rome, IX thrusts our four protagonists into a coliseum where ritual sacrifices may be required. Expanding on the fan-favourite Mob of the Dead, the third map Blood of the Dead features the Origins characters from the previous Zombies storyline visiting the purgatory dimension of Alcatraz. In Call of Duty: Black Ops 4, zombies will be the most customisable experience to-date, giving players access to customisable options that allow players to change the fundamental rules and systems of the Zombies gameplay experience. Black Ops 4 Zombies will include Custom Games and new Game Modes, which will deliver a more personalised Zombies experience – allowing players to tailor the challenge and difficulty to their play style, and experience the game in a new way.