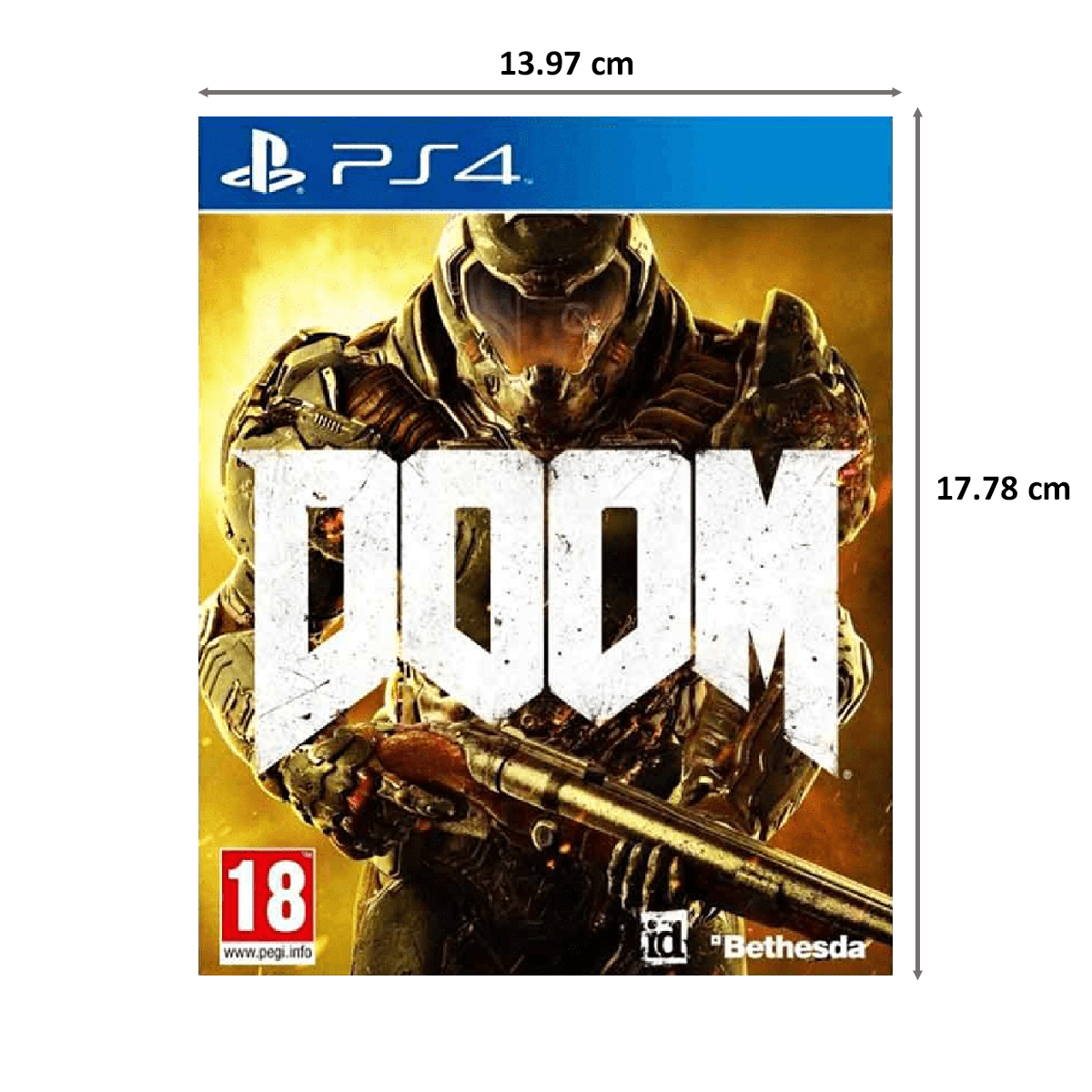 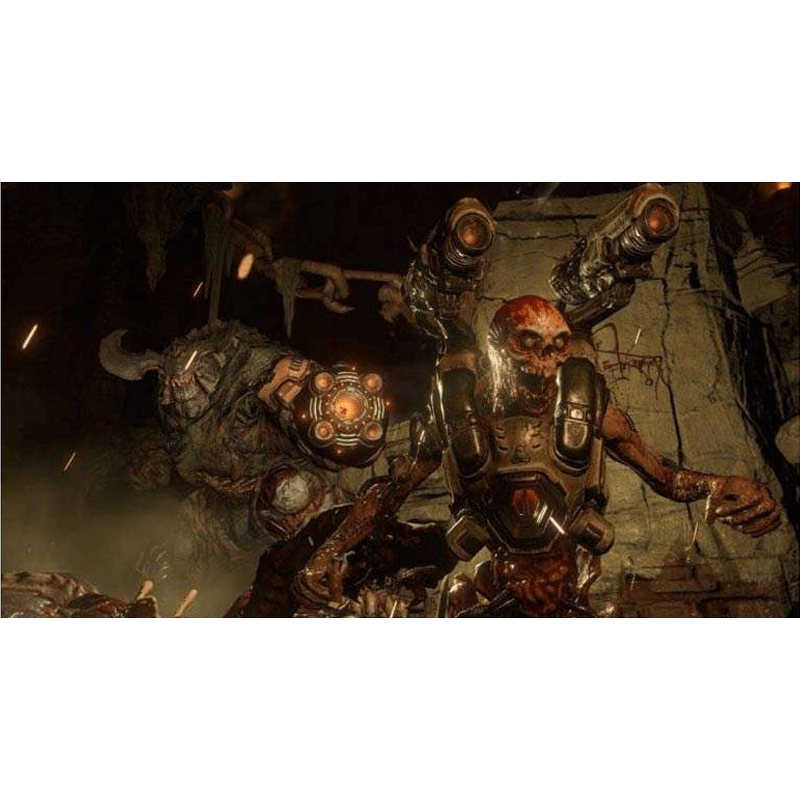 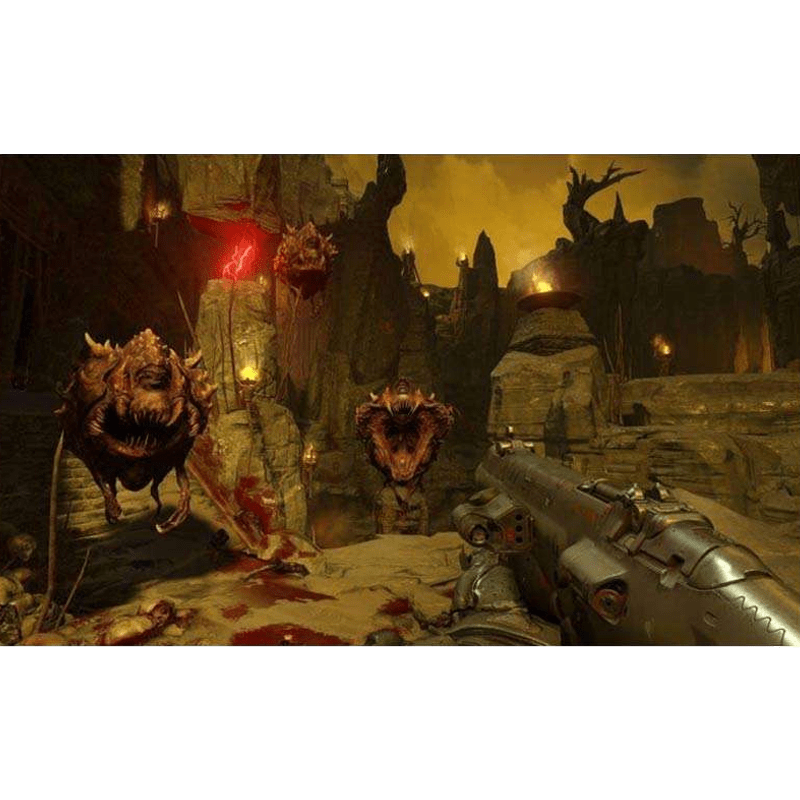 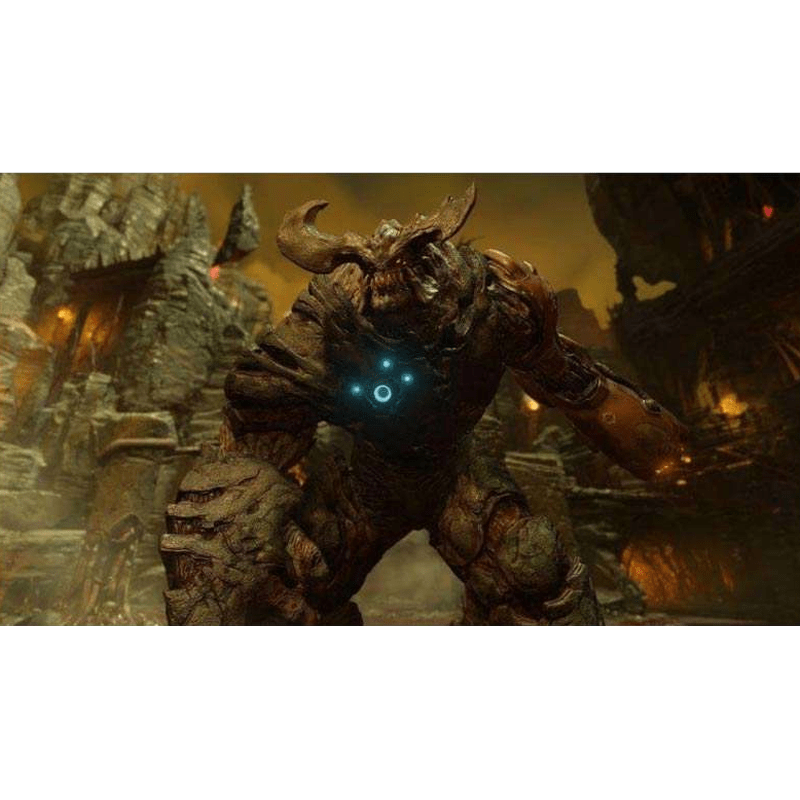 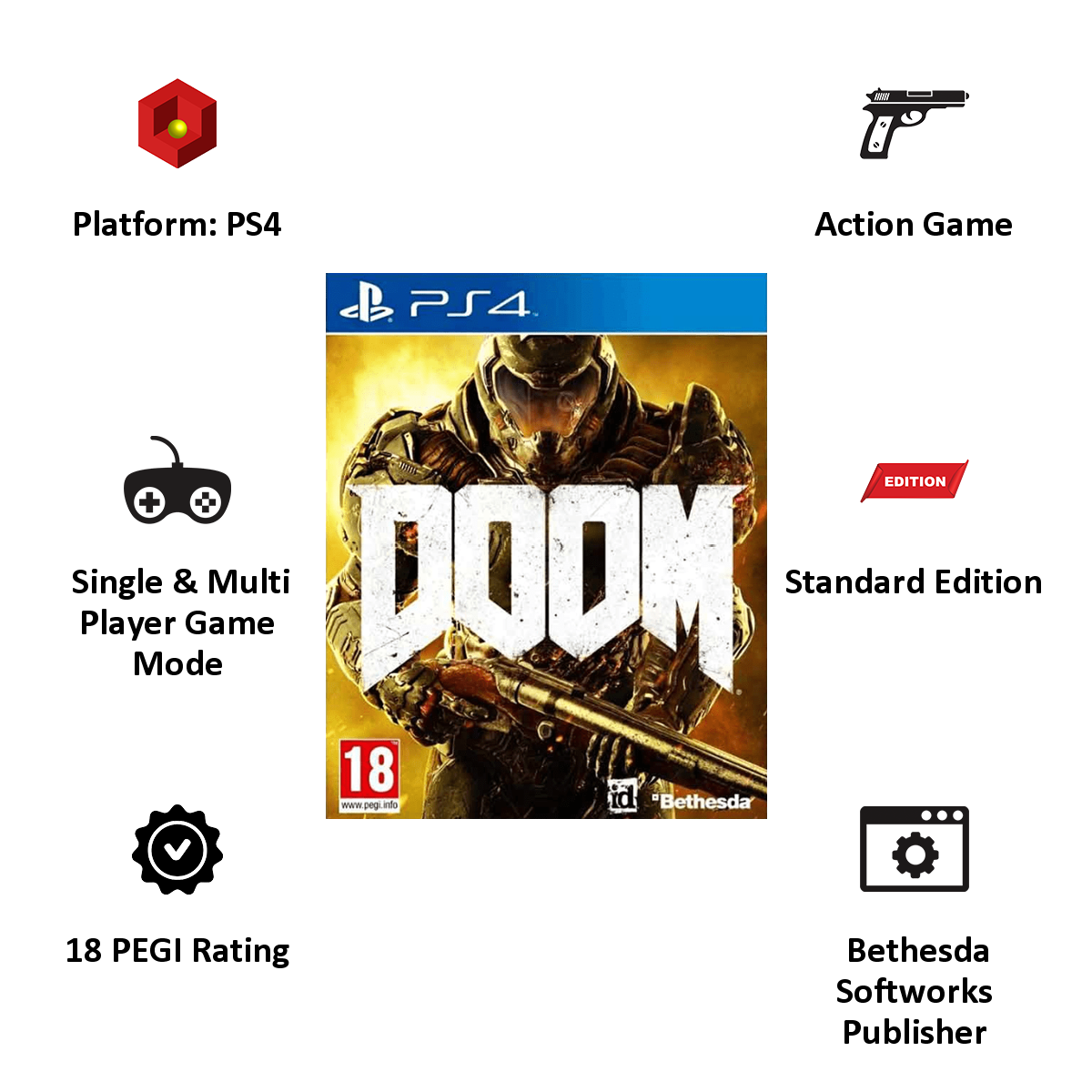 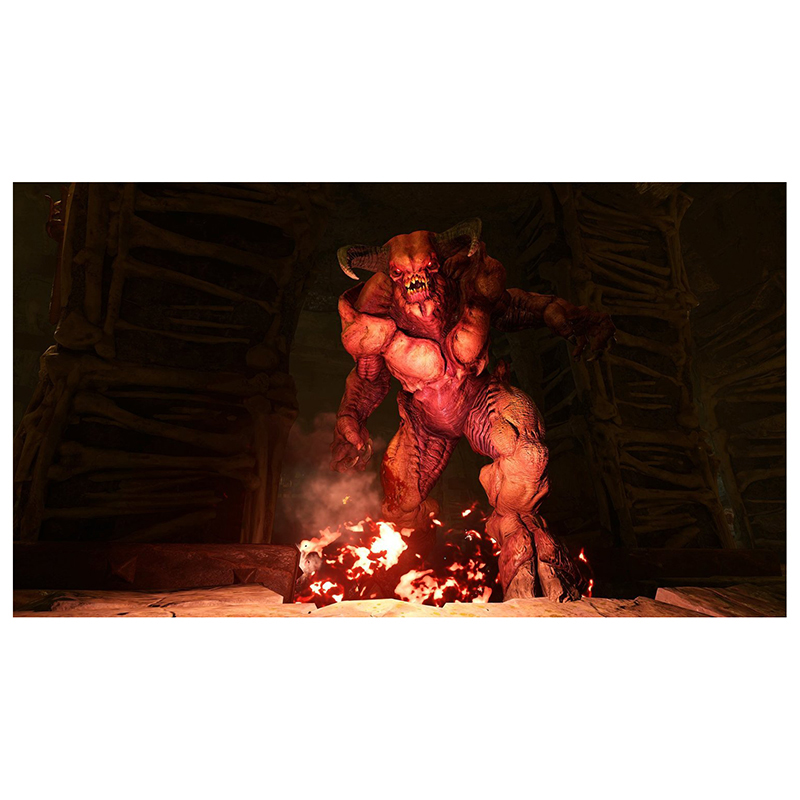 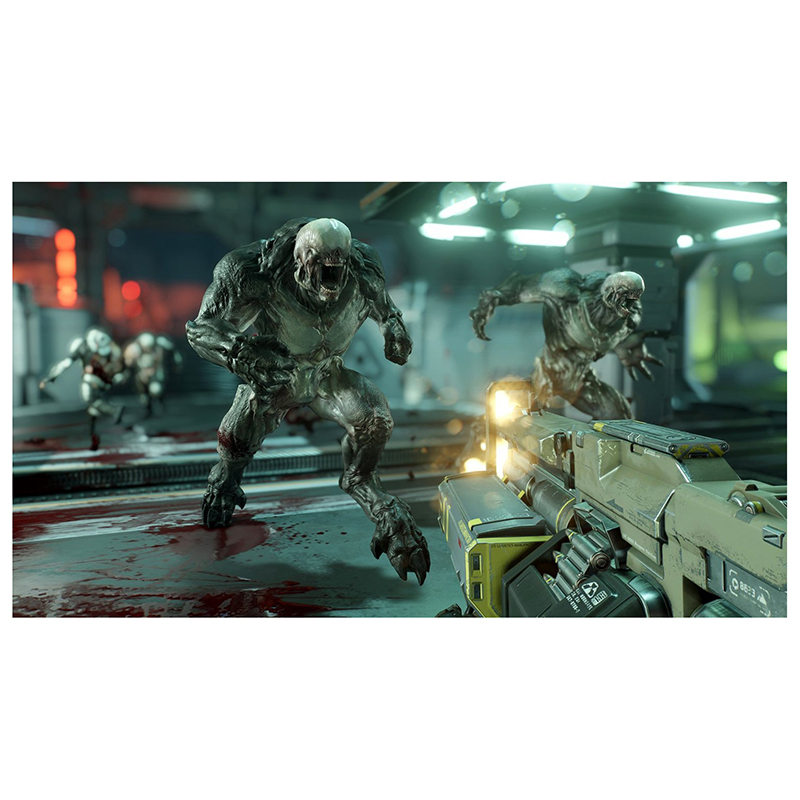 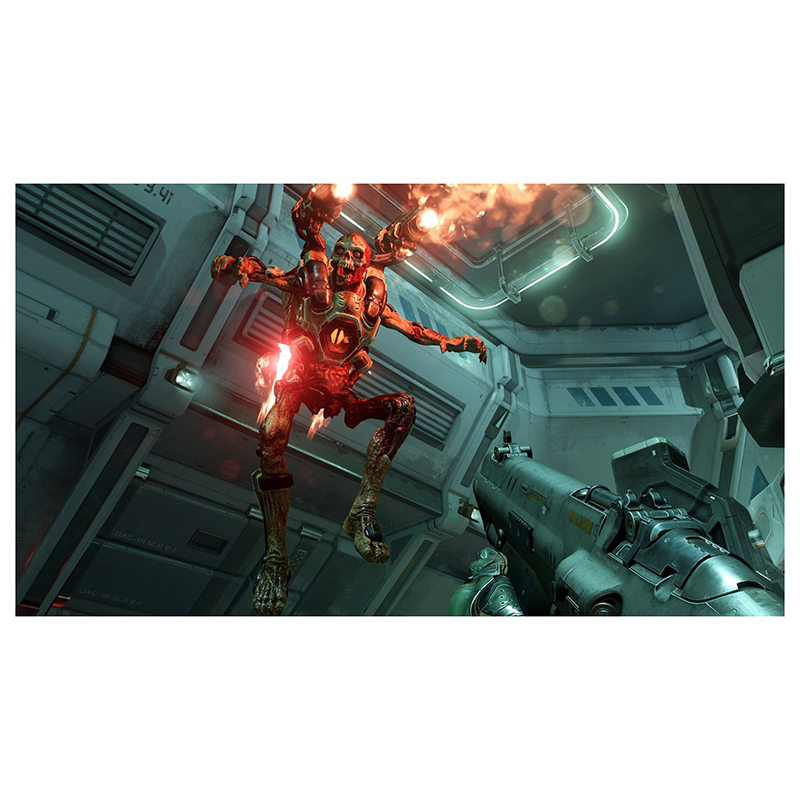 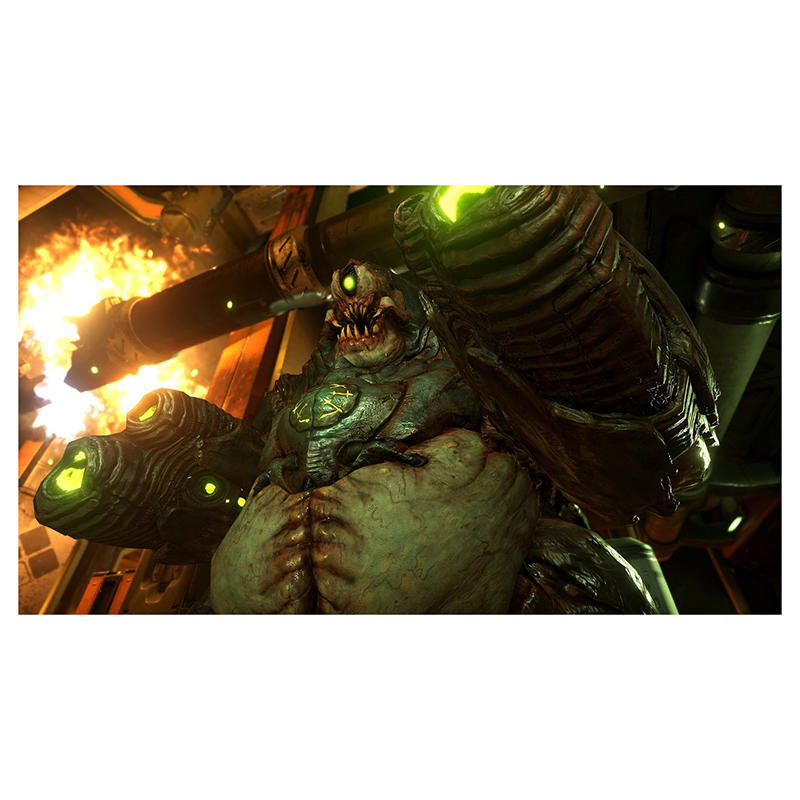 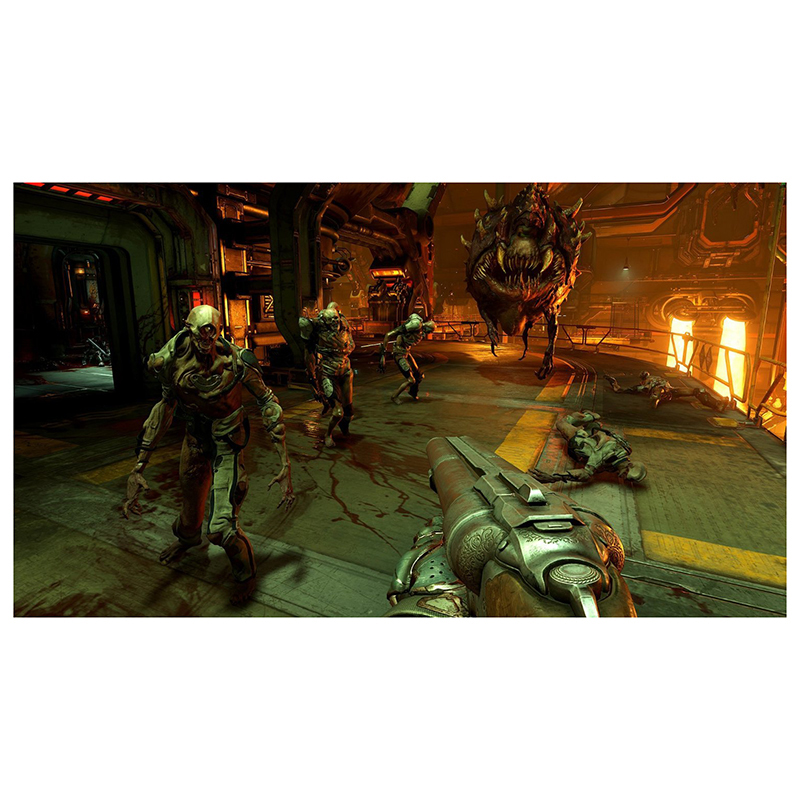 Your gaming experience is sure to be taken to a whole new level with the Doom Game for PlayStation 4. The game engulfs you in its premise to give you an immersive experience into the world of virtual reality. You get an intriguing lead character in the form of an unnamed marine and an equally impressive antagonist in vicious demons released by Union Aerospace Corporation while the story telling and the brilliant fight sequences keeps the formula feeling fresh and exciting throughout the adventure. The amazing graphics and brilliant game controls allow you to reach the ultimate goal and enjoy the most thrilling gameplay ever.

The Doom Game for PlayStation 4 has a gripping storyline that unfolds as the gamer progresses with his or her journey. The research faculty is invaded by demons after one of UAC's researchers, Olivia Pierce, makes an agreement with them and opens an entryway to hell. To counter their threat, Samuel Hayden discharges the Doom Slayer to repel the wicked intrusion and close the gateway. The Doom Slayer recoups his Praetor Suit and battles his way through various terrains and recovers a magical blade which he uses to destroy the portal's power source.

The Doom Game for PlayStation 4 lets the player literally live the game. The game can be played in single and multi-player game modes to enjoy a unique experience. The game allows players to perform movements such as double-jumps and ledge-climbs throughout levels as the combat system puts emphasis upon momentum and speed. The game features a large arsenal of weapons which can be collected and freely switched by players throughout the game and require no reloading.