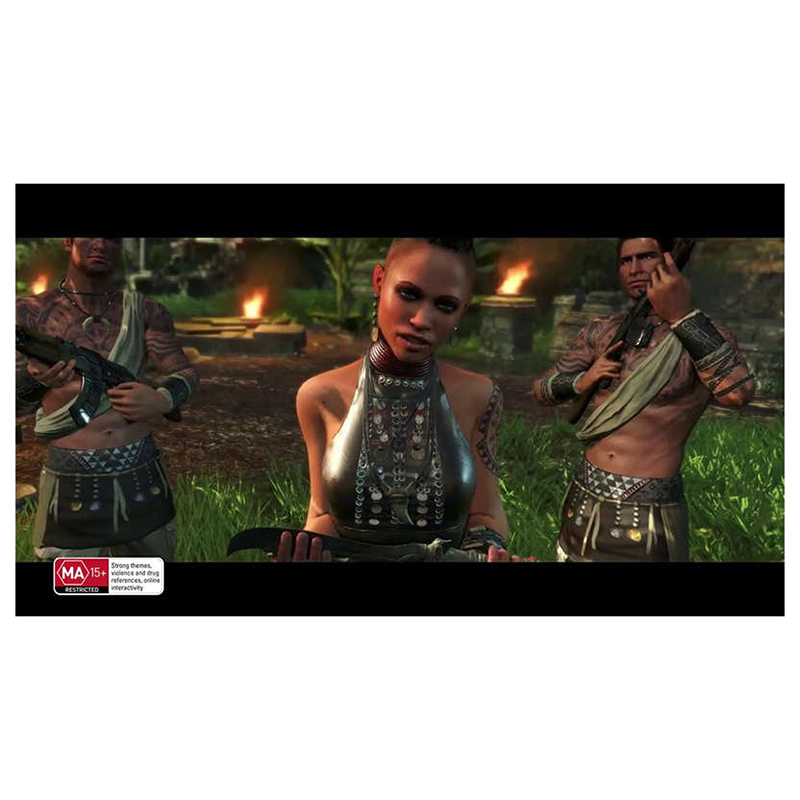 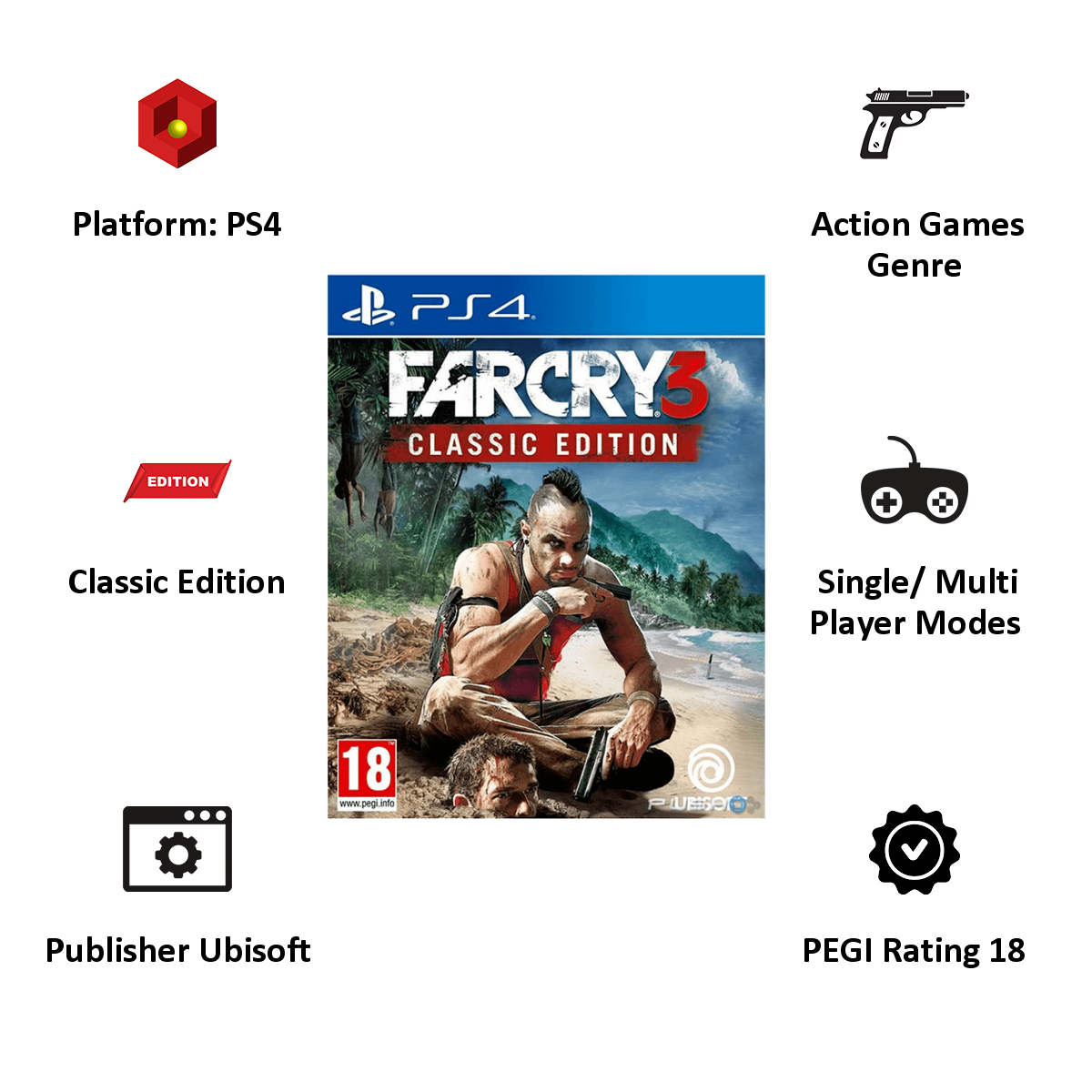 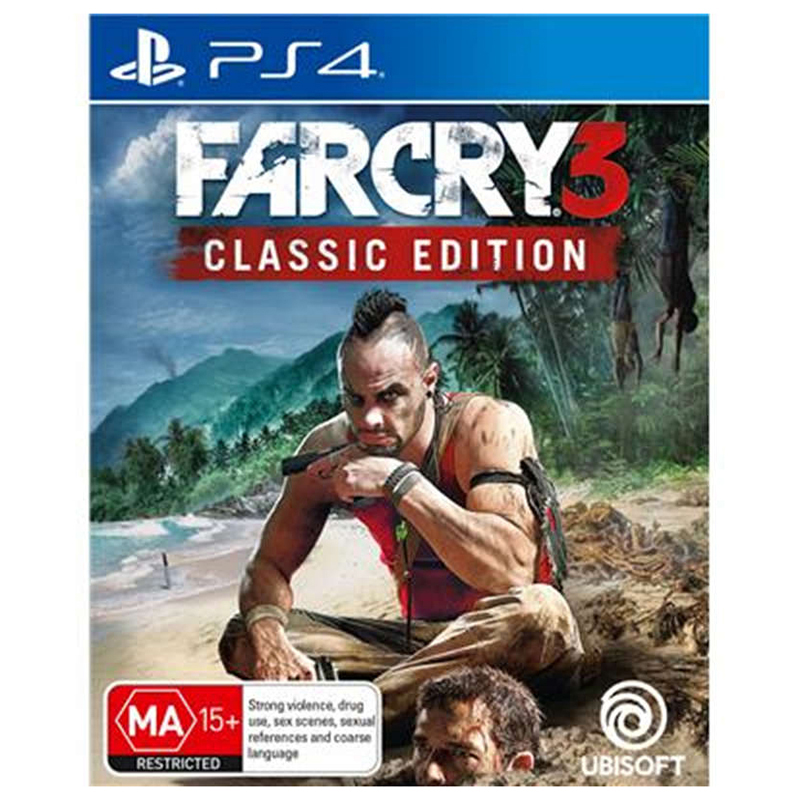 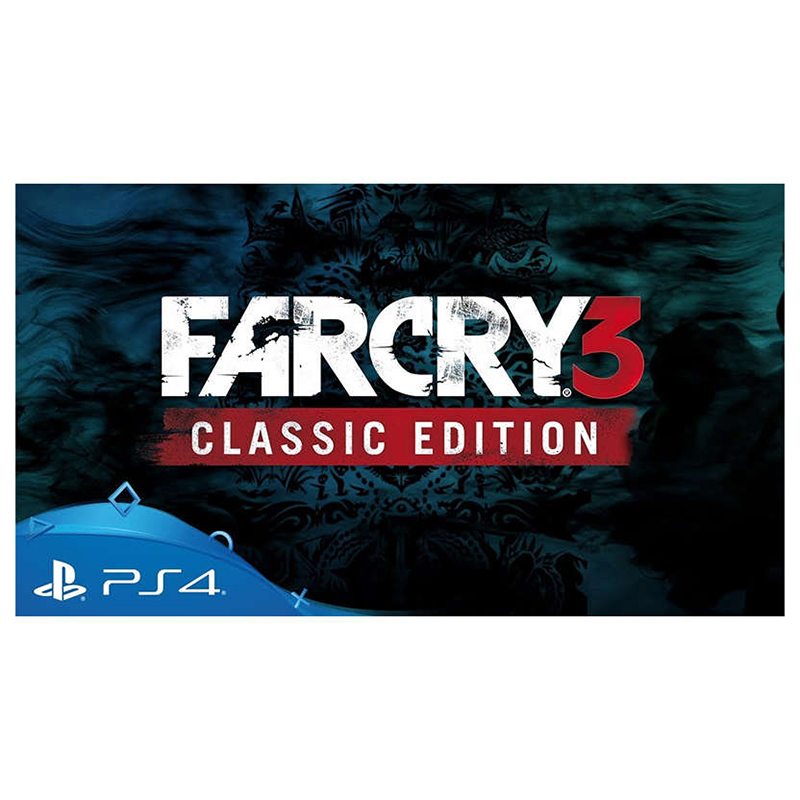 PS4 Far Cry 3 Classic Edition is an open world action-adventure first-person shooter video game developed by Ubisoft and originally released in 2012. Ubisoft’s Far Cry series has come a way since the initial release of its third instalment in 2012. It’s travelled from the snowy mountains of Kyrat to the hot, sprawling fields of Hope County, Montana. It’s even ventured into prehistoric times with wooly mammoths in Primal.PS4 Far Cry 3 Classic Edition is a re-release of 2012’s PS4 Far Cry 3 Classic Edition and is set on a tropical island between the Indian and Pacific Oceans. After a vacation goes awry, protagonist Jason Brody must save his friends, who have been kidnapped by pirates and escape from the island and its unhinged inhabitants. In this game, you can step into the shoes of Jason Brody, a man alone at the edge of the world, stranded on a mysterious tropical island. In this savage paradise where lawlessness and violence are the only sure thing, it’s you who dictate how the story unfolds, from the battles you choose to fight to the allies or enemies you make along the way. As Jason Brody, you will slash, sneak, detonate and shoot your way across the island in a world that has lost all sense of right and wrong.

In Far Cry 3 Classic Edition, you can create your own adventure as a single-player, open world of danger and discovery as you journey through the island. As you are on the mission to rescue your friends, you understand that the only option to escape this darkness…is to embrace it. With this edition you can rediscover the number-one rated shooting game of 2012 with newly enhanced features in 2018 for the current generation of consoles! While playing this game you have to create your own adventure with this dangerous island as a playground, by land, sea, or air, from mountain ranges and swampy grasslands to white sandy beaches. You have to fight against an insane cast of enemies led by Vaas, portrayed by Michael Mando, to rescue your friends and to make your way across the island. The PS4 Far Cry 3 Classic Edition is a great way to re-experience Ubisoft’s influential classic game.  With this game, the newcomers can experience one of the best games in the series and enjoy it.