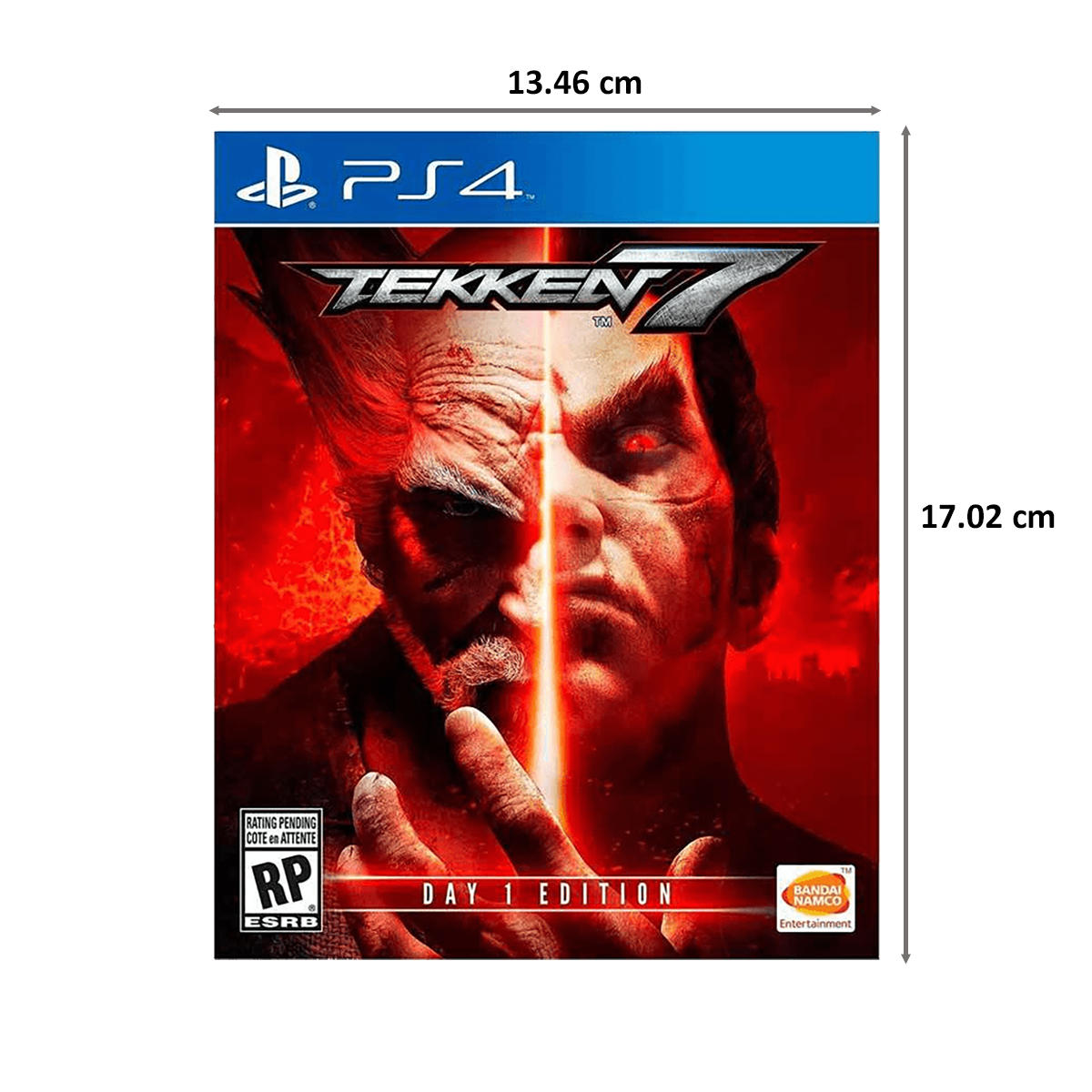 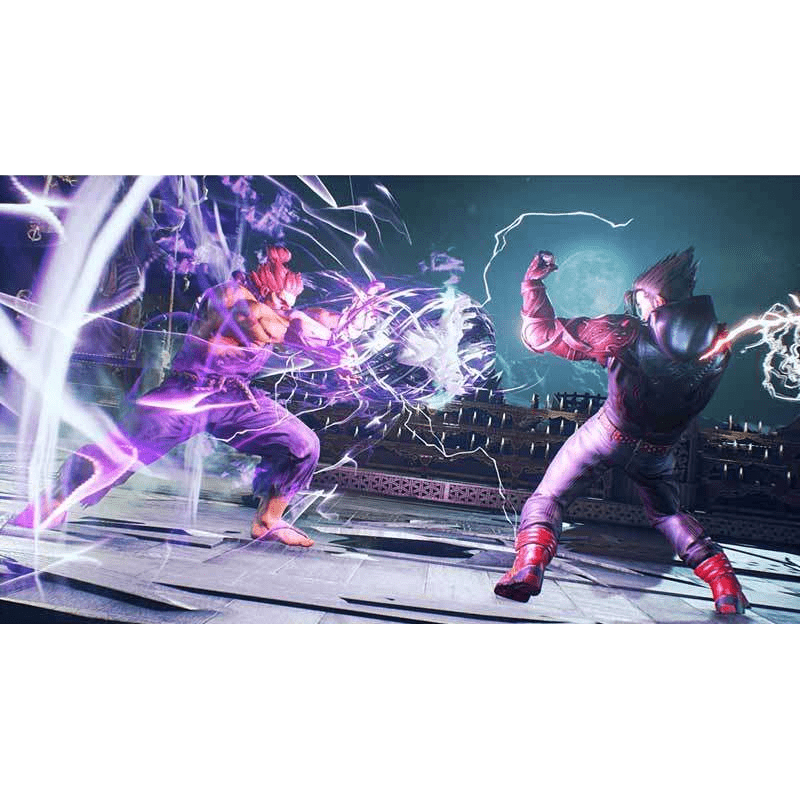 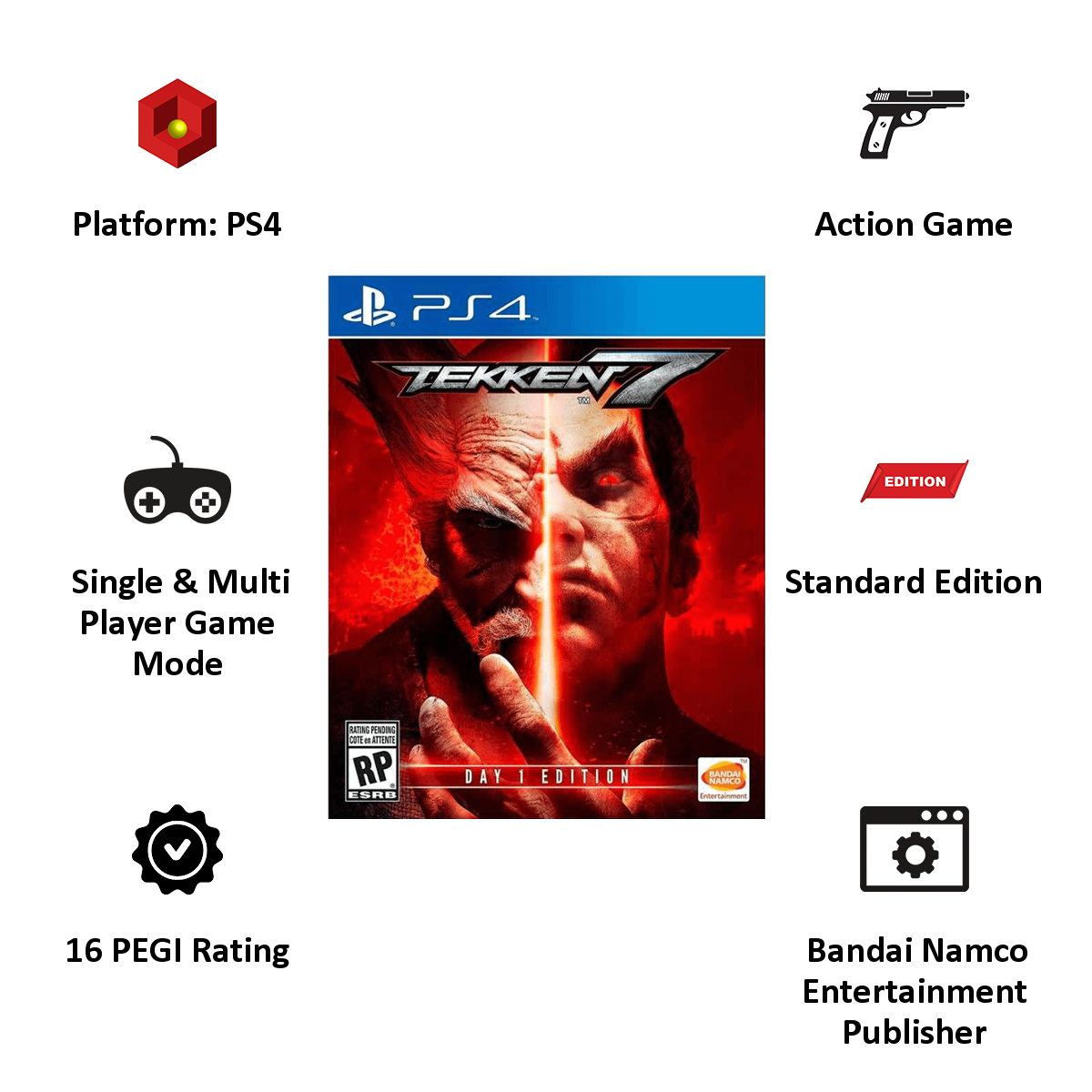 Tekken 7 brings you the final chapter of the 20 year long Mishima feud; unveil the epic ending to this family warfare as you wrestle to control a global empire. Enjoy an immersive Hollywood-like cinematic action sequences that blends flawlessly into fierce battles. What�s more, Akuma from the Street Fighter universe makes its debut into Tekken�s world.

Choose from over 30 playable characters; choose from fan favorites or select one of the new fighters, each with their own distinct style moves and deadly combos. Indulge in classic 1 on 1 matches and hail victory over your rivals.

This game is built from the ground up using Unreal Engine 4. Unreal engine has set the benchmark for pure graphical prowess and with its 4th iteration it plans to push your PS4 to its very limits. Enjoy Tekken like never before with updated battle mechanics such as Rage Arts, Rage Drives and Power Crushes that are suitable for players of all ages.

Enjoy the fast-paced 3D battle system and immersive gameplay that will take you back to your first ever Tekken game. Re-live those glorious moments as you battle for glory. Tekken 7 takes cues from its arcade DNA and resurrects the attitude, competiveness and showmanship to give you the ultimate fighting experience.