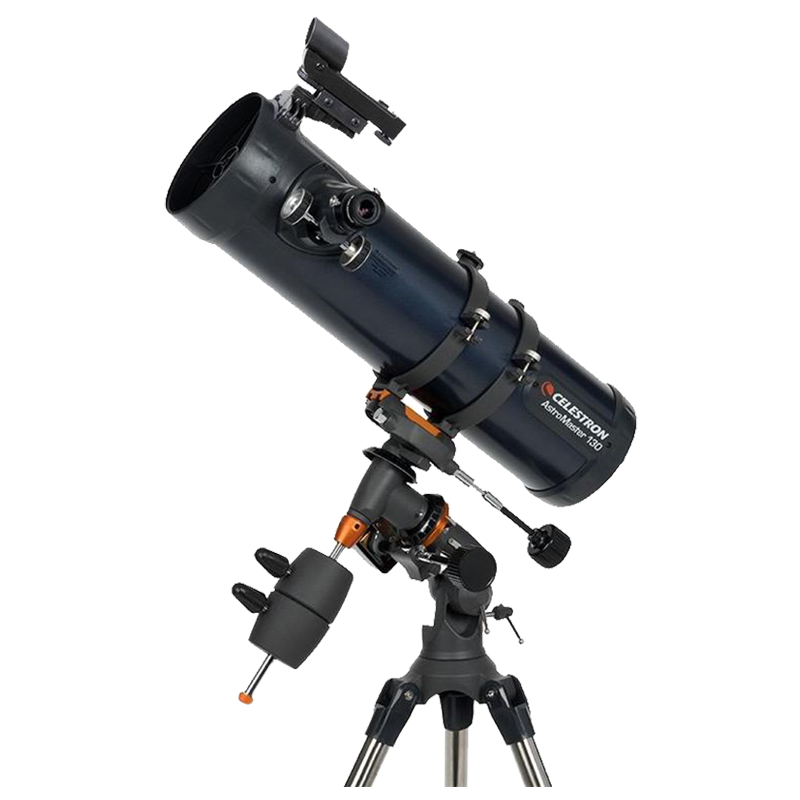 Accessories Included:
Accessories include a 20mm and 10mm eyepiece, a finder scope, and a motor drive. The two eyepieces offer different magnifications for low and high powered views.  The 20mm has a built-in erect image corrector.

Motor Drive:
Turn your manual German equatorial mount into a tracking mount by adding the included RA motor drive to your telescope. This easy-to-install RA motor drive compensates for the Earth’s rotation, so the telescope tracks a star’s movement through the night sky from east to west.  When the telescope mount is properly polar aligned and the RA drive is attached and running, the user need only make occasional adjustments in declination (Dec) to keep an object in the eyepiece for long periods of time.  The Celestron AstroMaster 130EQ-MD Newtonian Reflector Telescope's single-axis motor drive runs on a 9V battery, so there are no cords to get in the way.  The drive can be used in either the Northern or Southern Hemisphere.  To change hemispheres (reverse the motor’s direction), simply by flip the N/S switch on the face of the motor drive.  It is also simple to change the speed of the motor.  A “Speed Rate Regulator” knob is located just under the power indicator and can be turned in either direction to slow down or speed up the motor.  Since solar system objects like the Moon and planets move through the sky at different rates than deep-sky objects do, this gives you the ability to match the motor’s speed to the particular type of object you are observing.