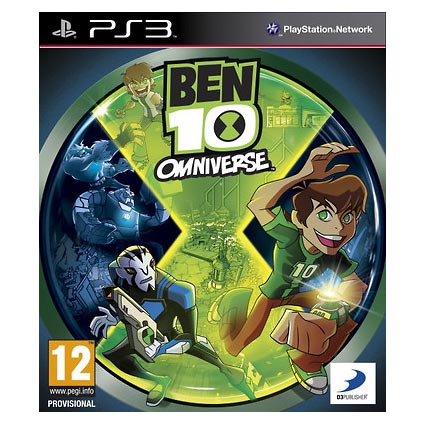 Engage in the voyage of Ben Tennyson, who has the Omnitrix, in PS3 Ben 10: Omniverse. Together with his friend Rook, the plumber, they try defeating evil plans of Malware. Developed by Vicious Cycle Software, the publishers of this action-brawlers, fighting genre game are D3 Publisher. An adaptation of animated children�s show, it has PEGI rating of 12.

This single-player, multiplayer game lets you play both young and teen Ben. You can also play as one of the 13 playable alien heroes in the alien city of Undertown. Enhancing the fun are the new action-packed levels and Proto-Tool.