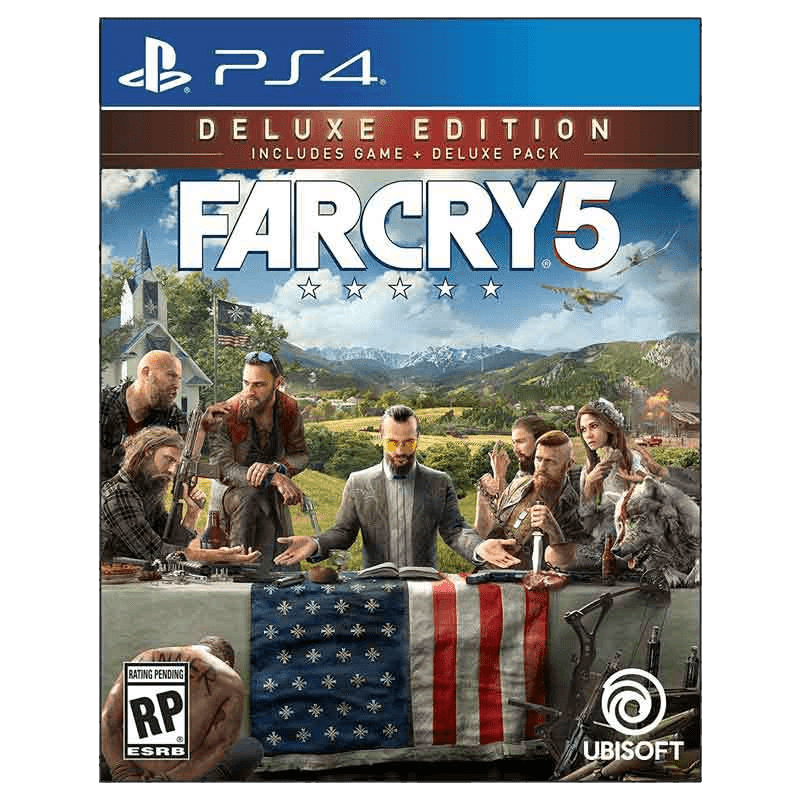 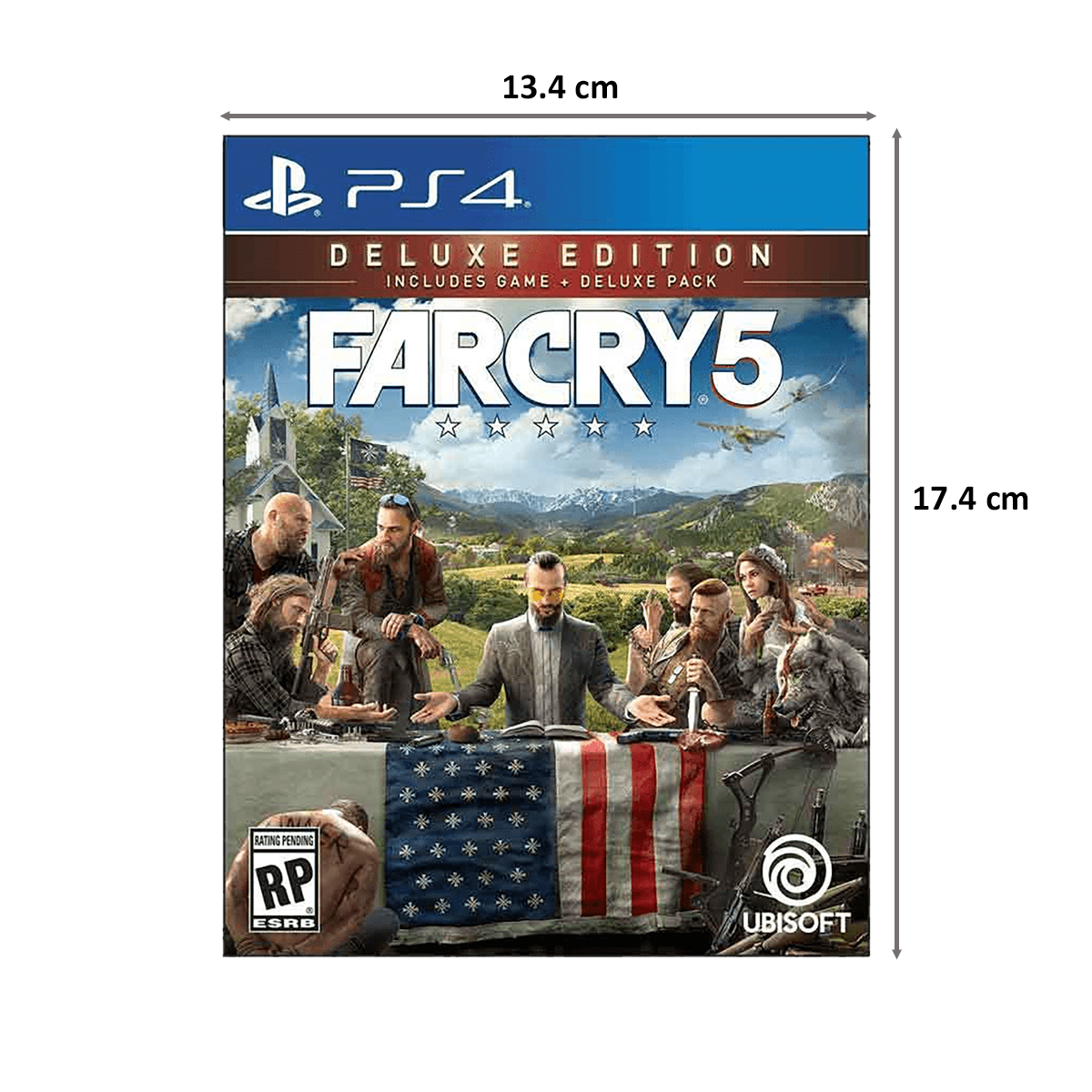 Your gaming experience is sure to be taken to a whole new level with the Far Cry 5 Deluxe Edition game. The game engulfs you in its premise to give you an immersive experience into the world of virtual reality. You get an excellent lead character in the form of a sheriff's deputy who is part of the task force sent to Hope County and an equally impressive antagonist in Joseph Seed while the story telling and the brilliant fight sequences keeps the formula feeling fresh and exciting throughout the adventure. The amazing graphics and brilliant game controls allow you to reach the ultimate goal and enjoy the most thrilling gameplay ever.

The Far Cry 5 Deluxe Edition game has a gripping storyline that unfolds as the gamer progresses with his or her journey. The game is set in the fictional Hope County which is ruled by Joseph Seed who believes that he has been chosen to protect the people of Hope County from an impending collapse. A sheriff's deputy who is part of the task force sent to Hope County to arrest Seed eliminate the influence of the cult in order to build a better future.

The amazing storyline is backed by stunning visuals and gameplay to keep your senses immersed in a world of virtual reality. The game allows you to explore Hope County and discover the Montana countryside, wildlife, and its inhabitants in an exciting open world. You get to customize your character while you receive a variety of ranged and explosive weapons to fight against enemies. The player can also tame wild animals through the "Fangs for Hire" system which assists the player in combat and follow the player's orders.