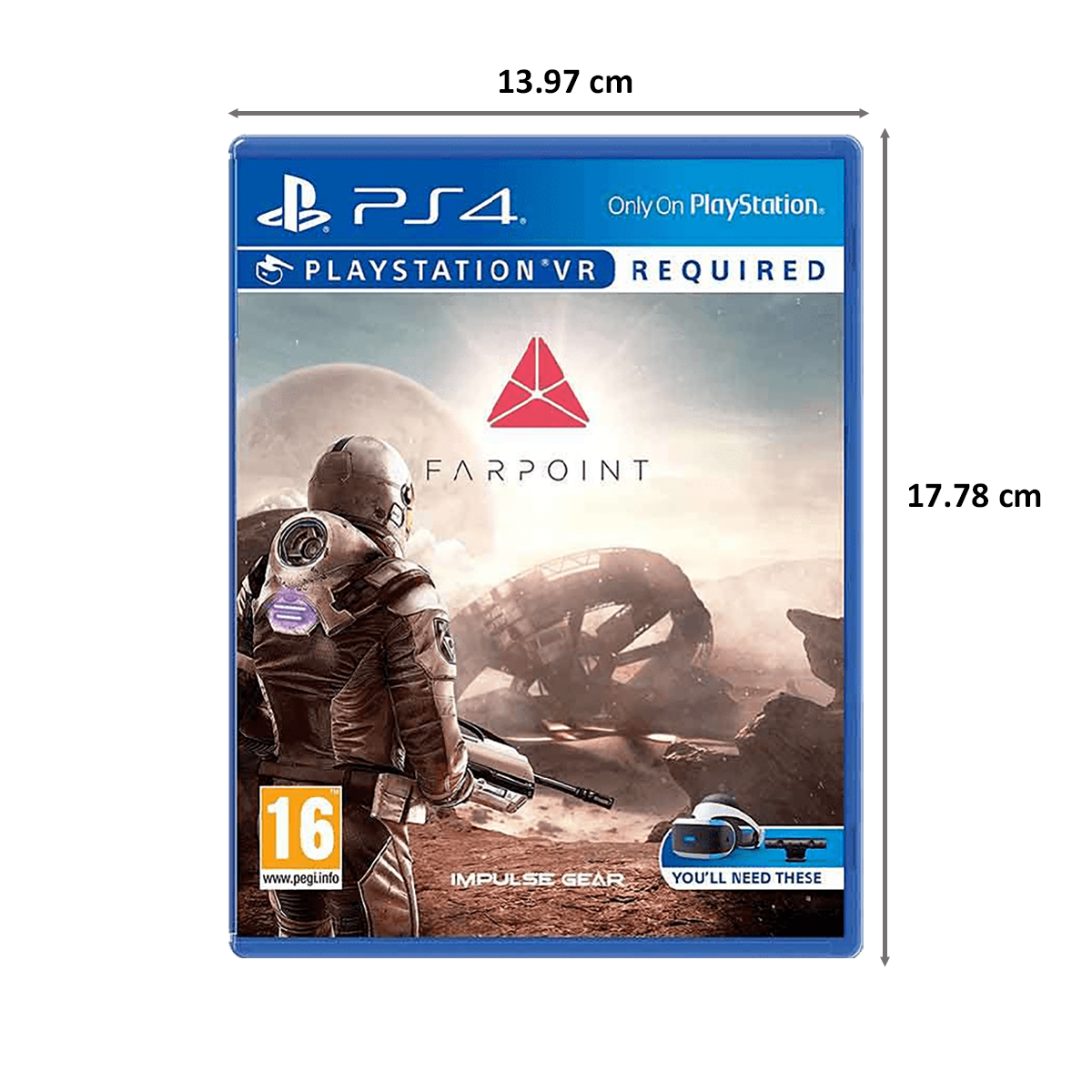 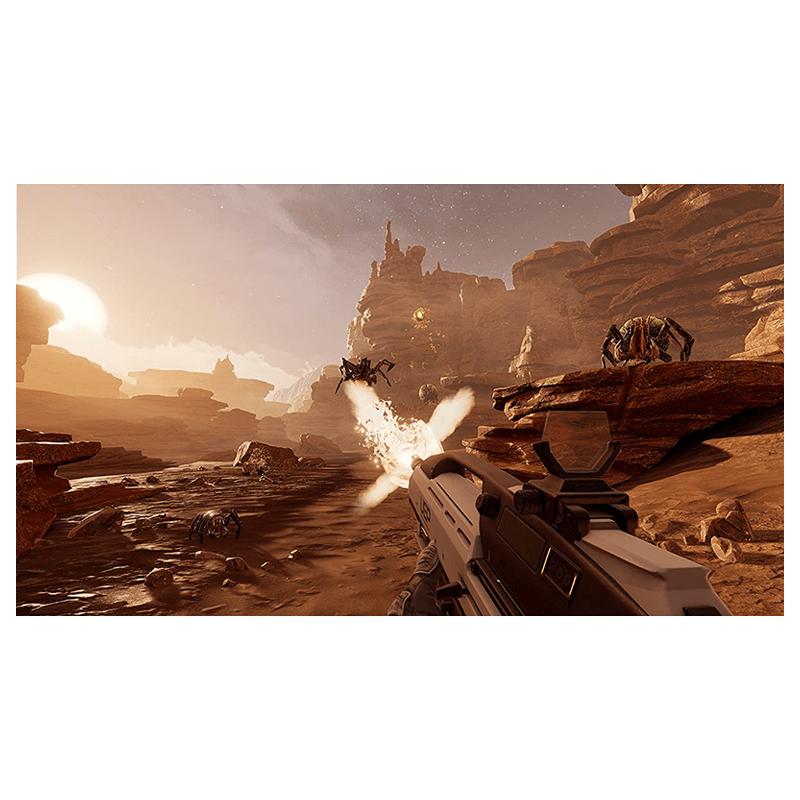 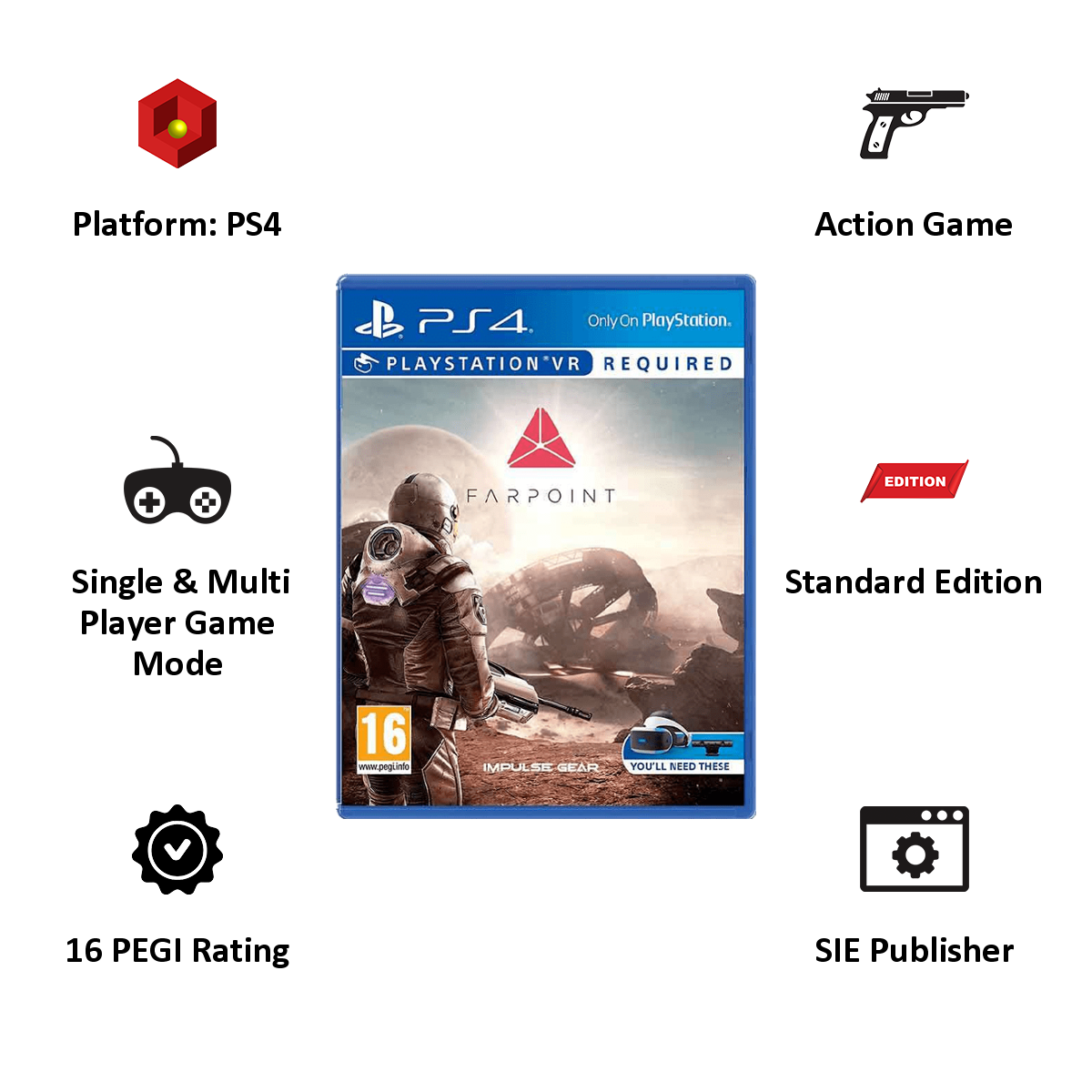 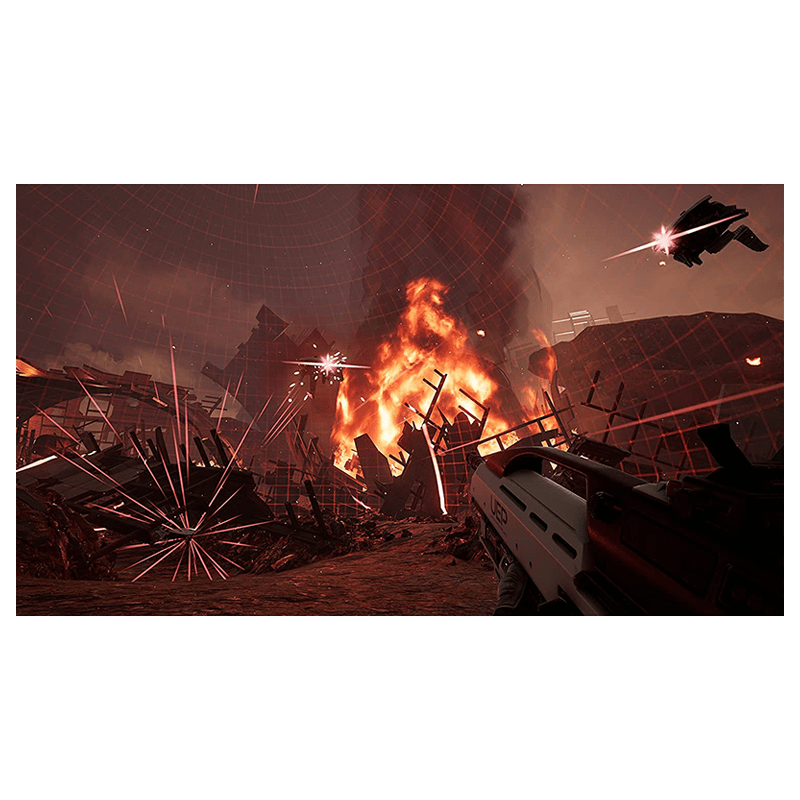 Kill the boredom and enter into the world of seamless gaming extravaganza with this PS4 Game Farpoint VR. This adventure/first person shooter game will keep you glued in front of the screen for hours. Published by SIEE and developed by SIEA/Impulse Gear, this combination makes this game a must have in your gaming arsenal.

The jaw-dropping graphics, intelligent gaming level and nut cracking difficulty parameter separate the PS4 Game Farpoint VR from its market contemporaries. The realistic sound effects, the brilliant interplay of colours and breath-taking visuals are there to transform your gaming session into an indulging event. You can play this game with your friend as well as it comes with 2-player co-op gaming support. The installation is also easy and does not occupy much of your device�s virtual memory. This standard edition game supports PlayStation 4.

This action adventure game, PS4 Game Farpoint VR is based on an alien planet. The gist of the story is that there are monstrous spiders attacking you from three directions along with their space crafts. In order to survive you need to kill the spiders with the help of the plasma rifles or rail gun. Each level is unique with a sudden increase in the bar of the difficulty level. As the day begins, your war with the aliens commences over a sepia backdrop of rocky fields. Towards the dawn, this sepia contrast is replaced by a misty blue hue and your roller coaster journey is staged over a deadly night mode with more threats from different directions.

The storyline may sound tad complex but once you start playing the game, you will instantly adopt the navigation and reflex tactics. All you need to do is, just aim and shoot the alien spiders. But while doing this, you need to stay alert so that you can dodge the attacks from the rest of the two directions. As you succeed in cracking each level, your arsenal of weapons gets enriched and you gradually become more and more powerful. But be aware at the steep turns and dead block roads as these are laid with alien threats.