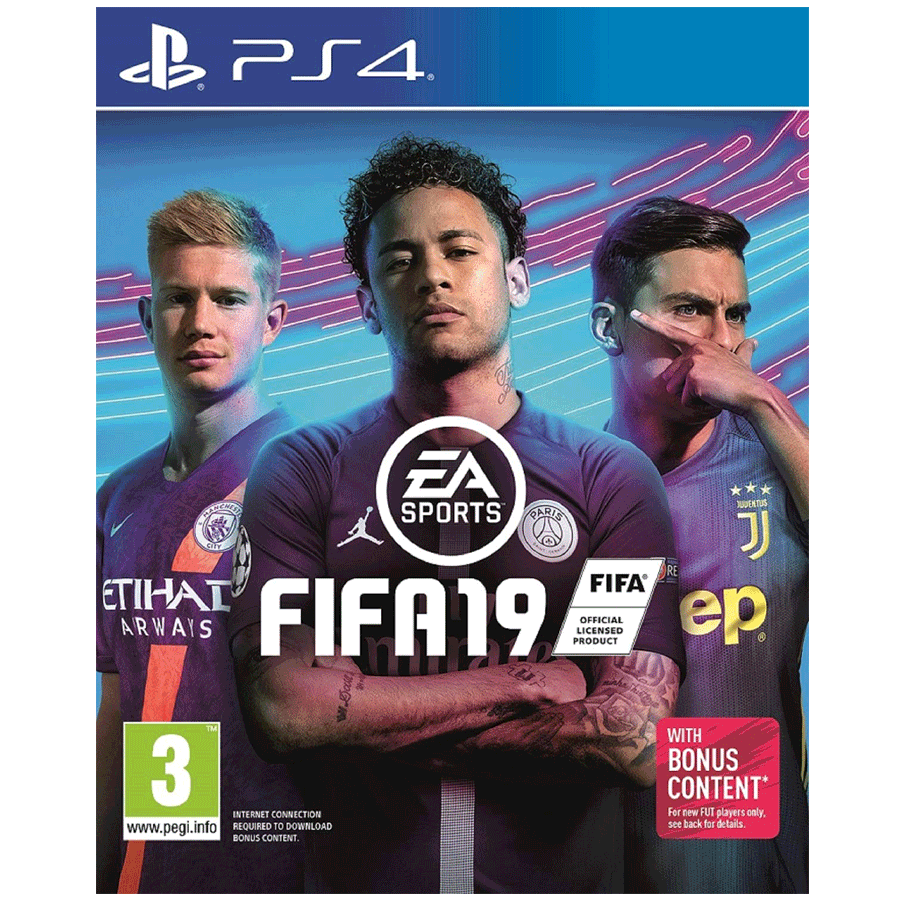 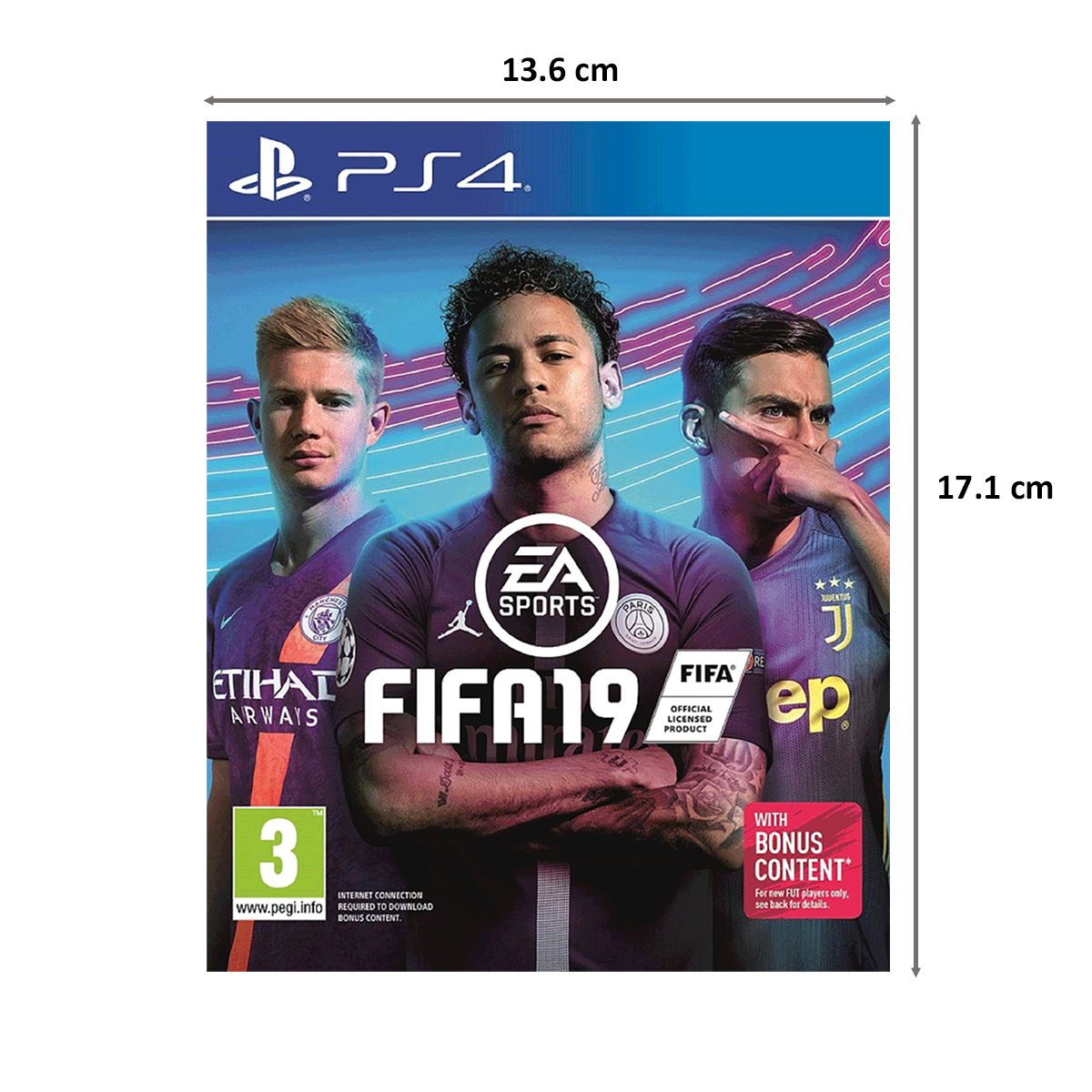 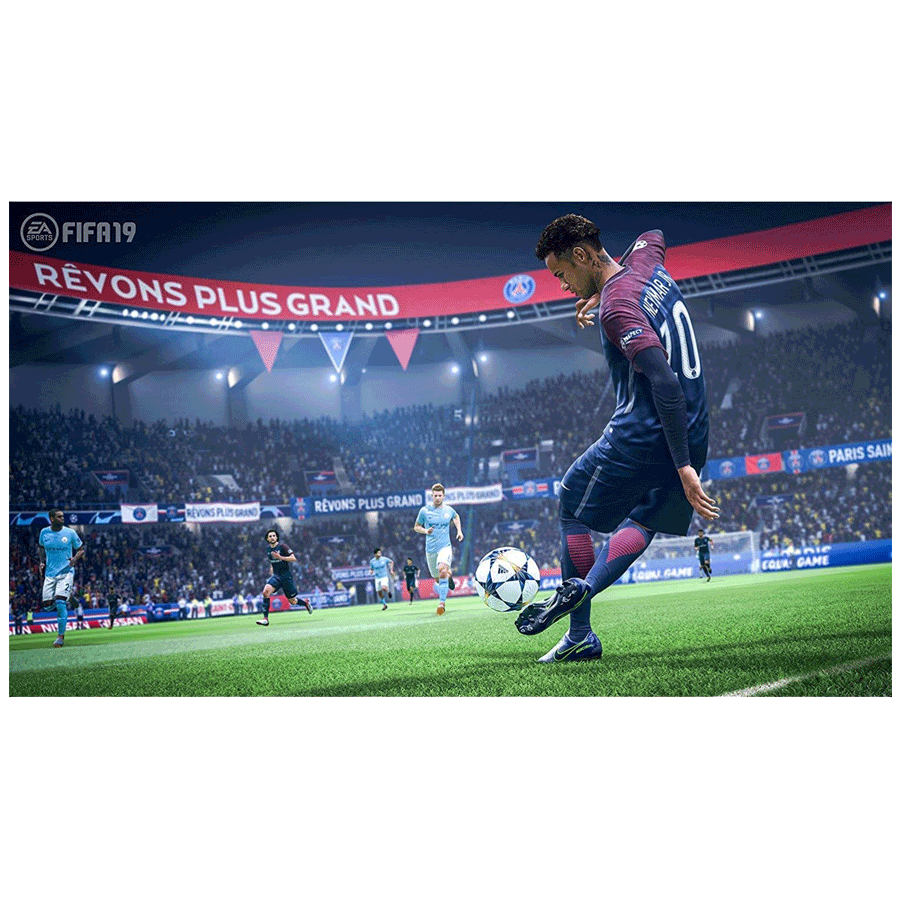 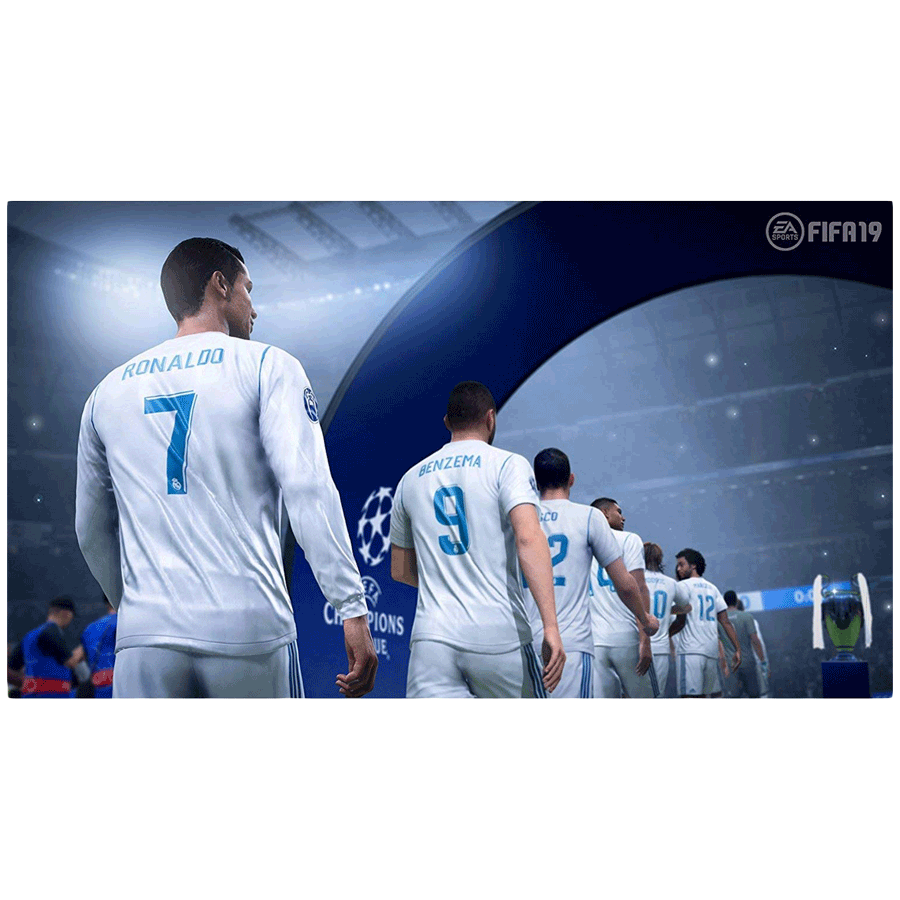 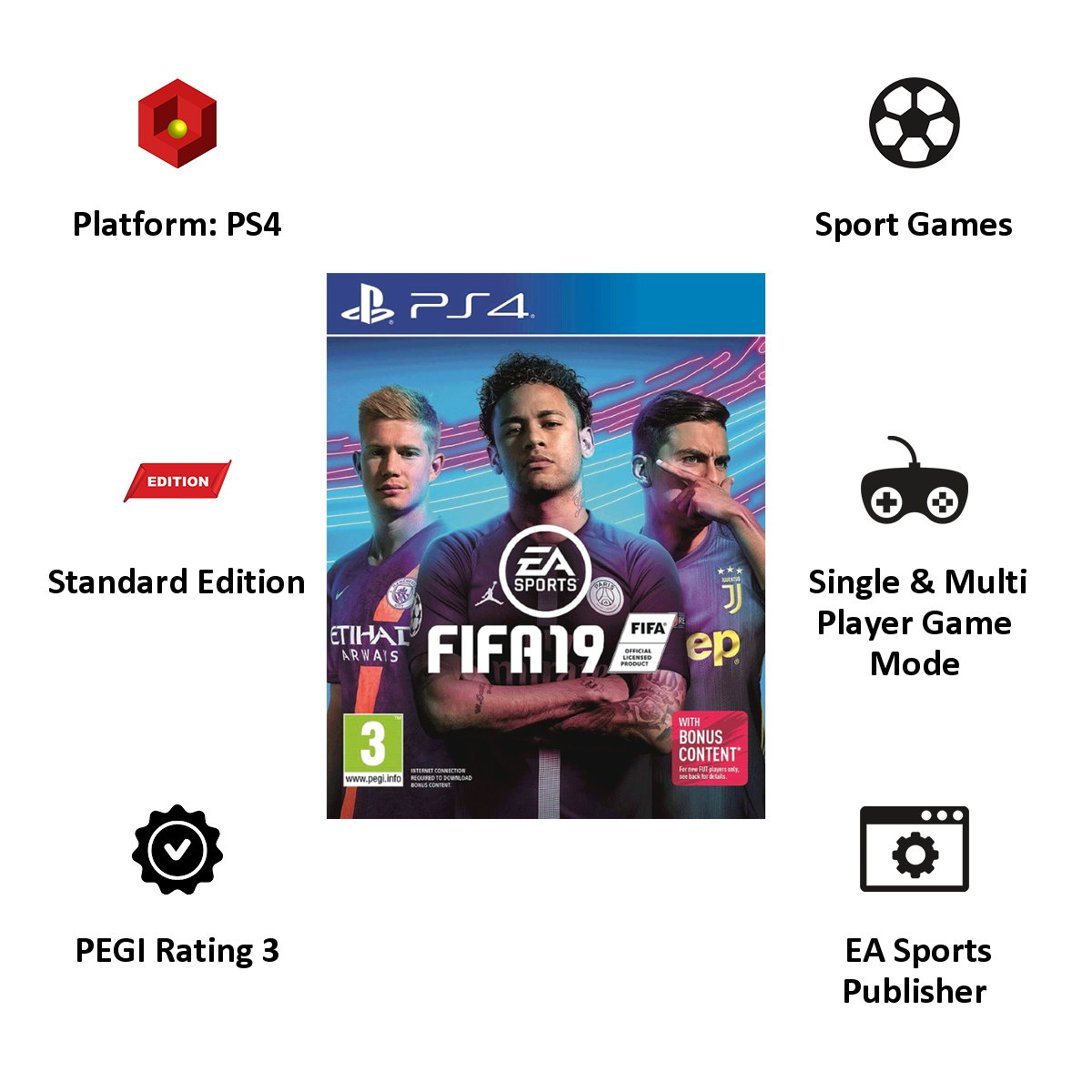 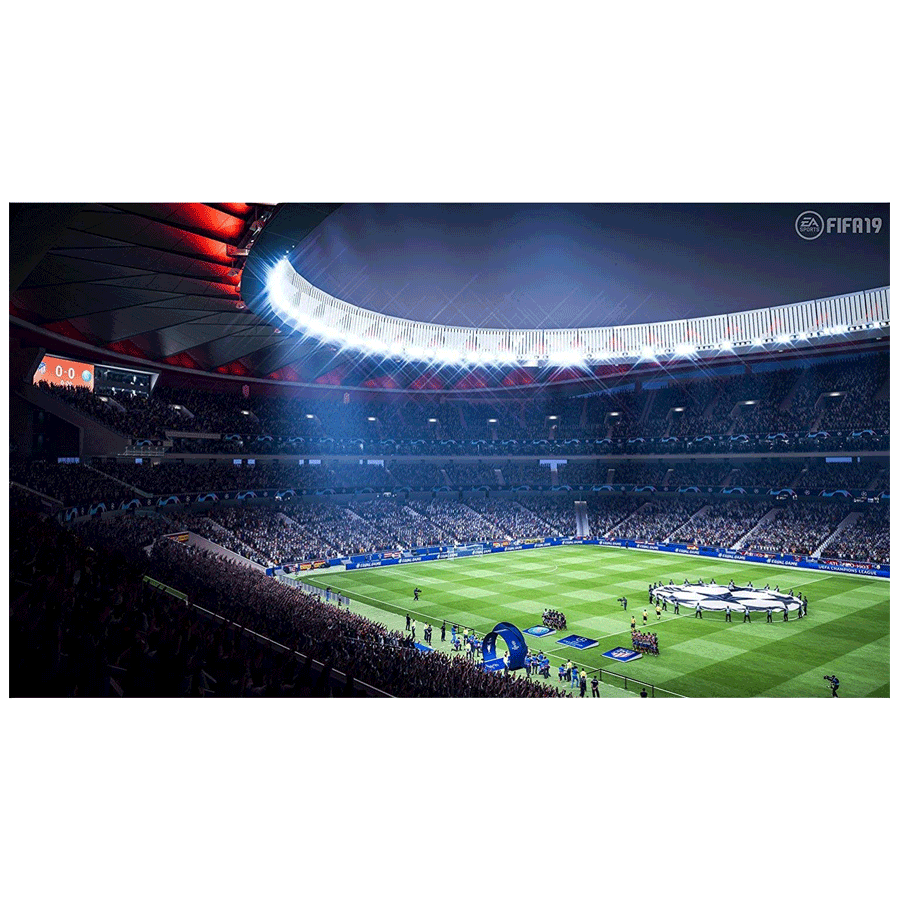 Good news for all the gamers, PS4 Fifa 19 is here to enthrall you with its champion caliber experience both on and off the field. All the football lovers who have had to give up on physically playing the game for various reasons but still follow UEFA Champions League passionately will have the most gala time of their life with this new edition of Fifa. Check out your knowledge of the game as well as test your on-field skills with the new and updated version of this legendary game, favorites among many.

The PS4 Fifa 19 features, for the first time, the UEFA Club competitions including UEFA Champions League, UEFA Super Cup and UEFA Europa League. Featuring Martin Tyler and Alan Smith as regular commentators along with Derek Rae and Lee Dixon who feature in the UEFA competitions. A remix of the UEFA Champions League Anthem composed by Hans Zimmer and rapper Vince Staples give you a fascinating and scintillating experience. Like FIFA 17, this is also a story-based game which immerses you in this gameplaying. A progress like with every new Fifa game, this also contains some new skills, with Andrés Iniesta’s signature move.

The PS4 Fifa 19 includes a player pick loan item where you can pick star players like Neymer Jr., Kevin De Bruyne or Paulo Dybala for 10 Fifa Ultimate Team Matches. With the standard edition you get a 4 UEFA Champions League Kits and 5 UEFA Champions League Items. With PlayStation Plus membership you can access online multiplayer gaming. It is supported on HD Video output of 720p,1080i and 1080p. The PS4 Fifa 19 also include the new Active Touch System, an overhaul of player control, timed finishing where the kick button may be pressed a second time to determine the exact moment the ball is actually kicked, Dynamic Tactics allowing players to configure strategies, and switch between them in real-time during a match and some more.