Buy PS4 Game (The Last Of Us: Remastered) Online - Croma 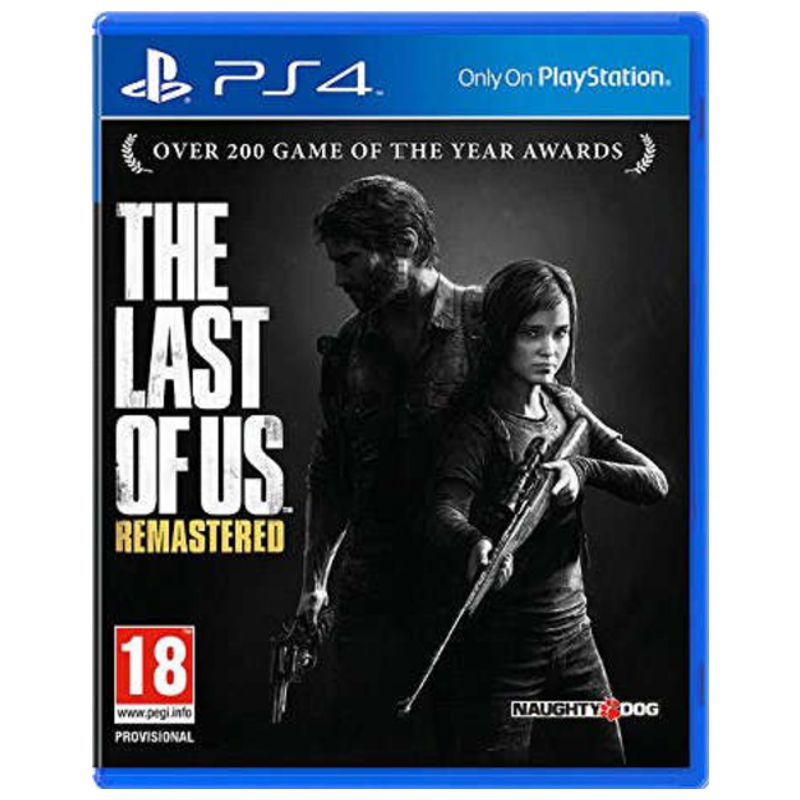 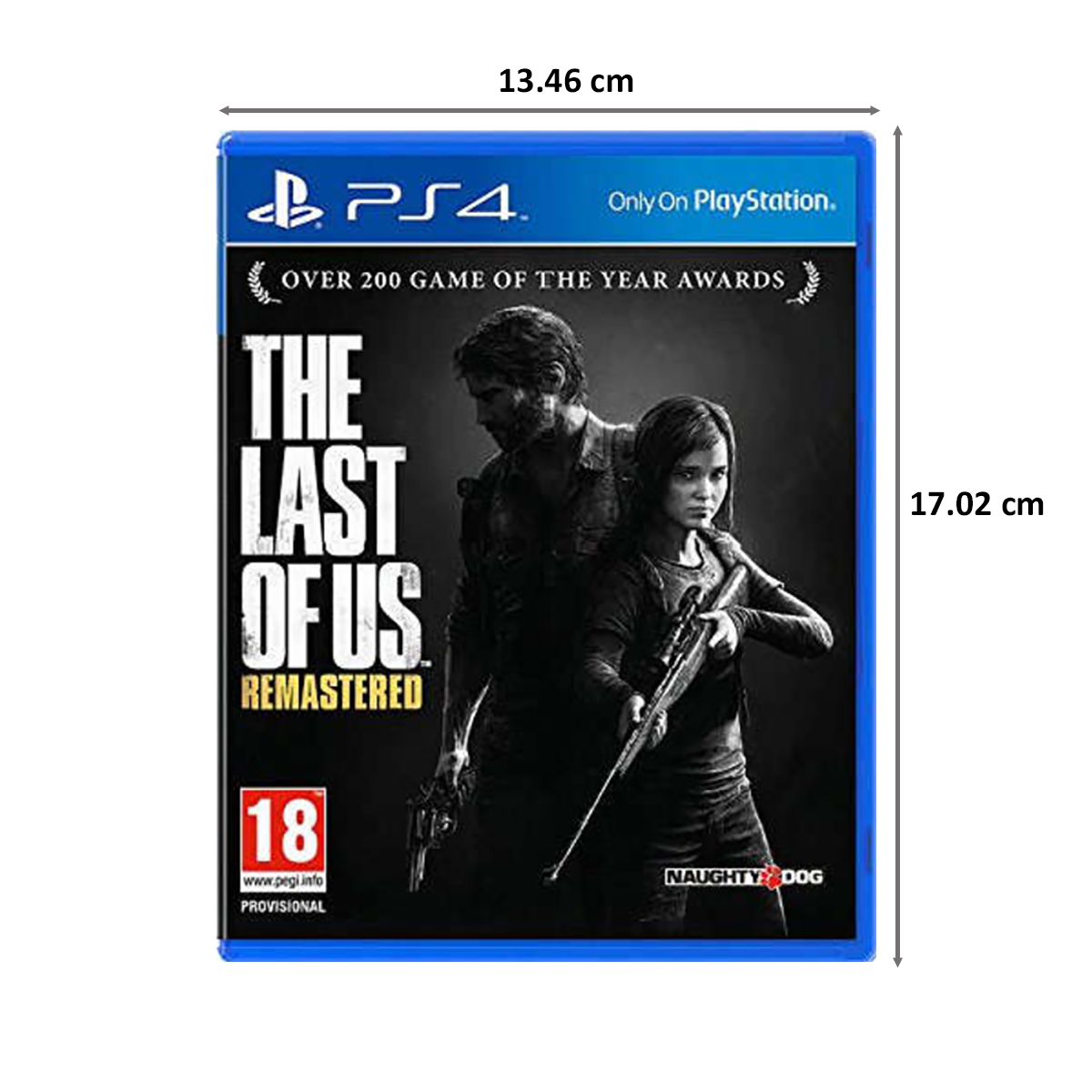 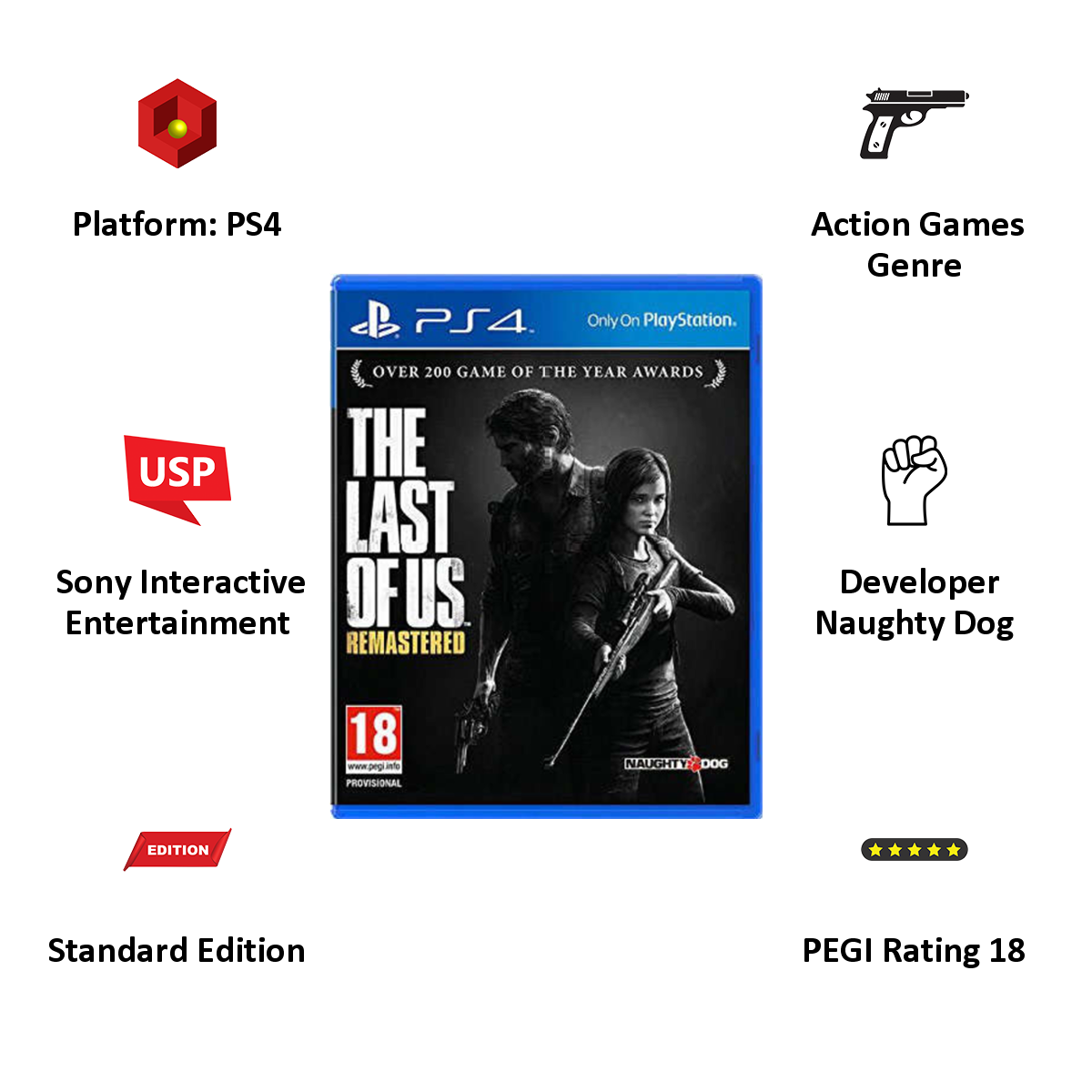 The Last Of Us : Remastered is an action-adventure survival horror video game developed by Naughty Dog and published by Sony Computer Entertainment. The player controls Joel escorting the young Ellie across a post-apocalyptic United States. The player uses firearms, improvised weapons and stealth to defend against hostile humans and zombie-like creatures infected by a mutated strain of the Cordyceps fungus.

The Last Of Us : Remastered uses a third-person perspective. The game involves gunfights, melee combat, and a cover system. For most of the game, the player controls Joel, Ellie and other companions are controlled by the AI. The player must traverse post-apocalyptic environments, fighting off infected and gangs of hostile human survivors. The player can attack enemies directly, or use stealth tactics to pass undetected. The real-time crafting system, which can be accessed in the backpack. To defeat enemies, players can use long weapons such as rifles, shotguns and bows, and short-barreled guns such as pistols and revolvers; they can also scavenge limited-use melee weapons such as pipes and baseball bats. Bottles and bricks can be thrown to distract, stun or attack enemies. Weapons can be upgraded using collectable parts at workbenches, and Joel's physical abilities, such as his health bar and crafting speed, can be upgraded by collecting pills and medicinal plants. Equipment such as health kits and Molotov cocktails can be forged from collectable items including liquor, towels, and blades. The game does not pause while crafting or swapping unholstered weapons, forcing the player to manage their time effectively in combat. The Last Of Us : Remastered has single player and multi-player modes.