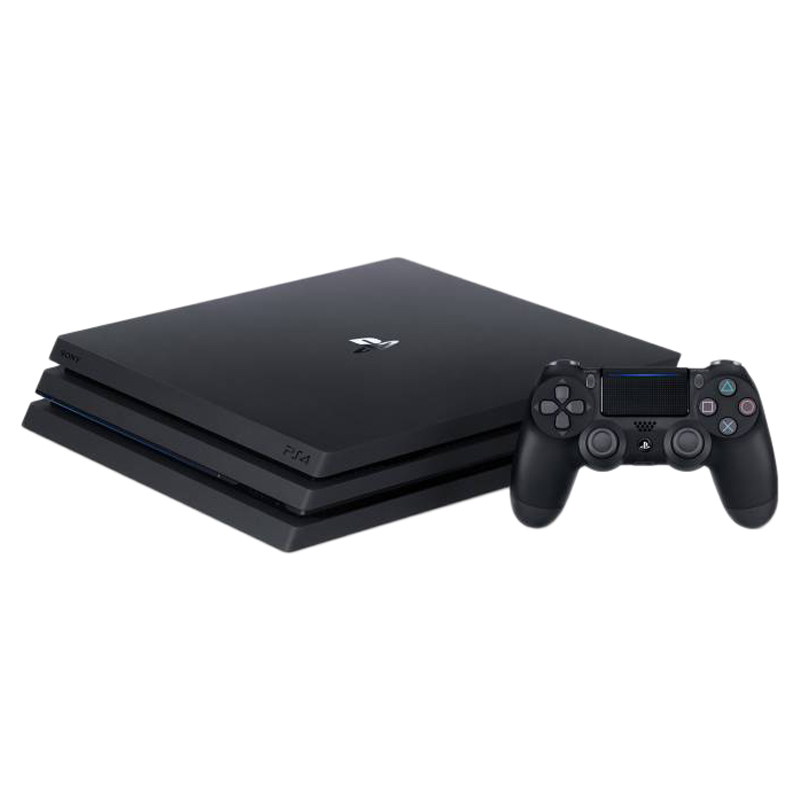 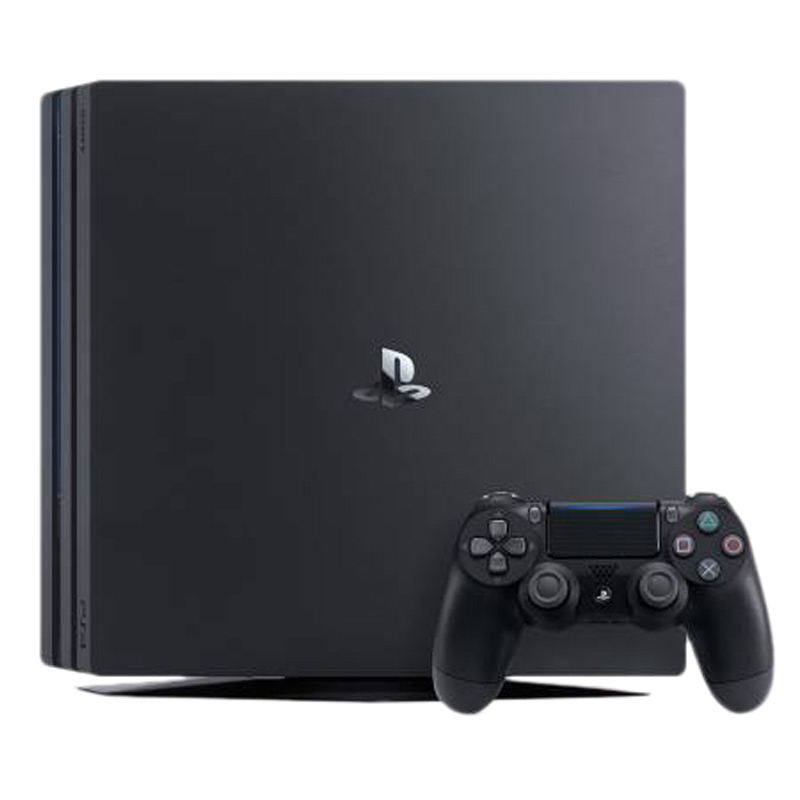 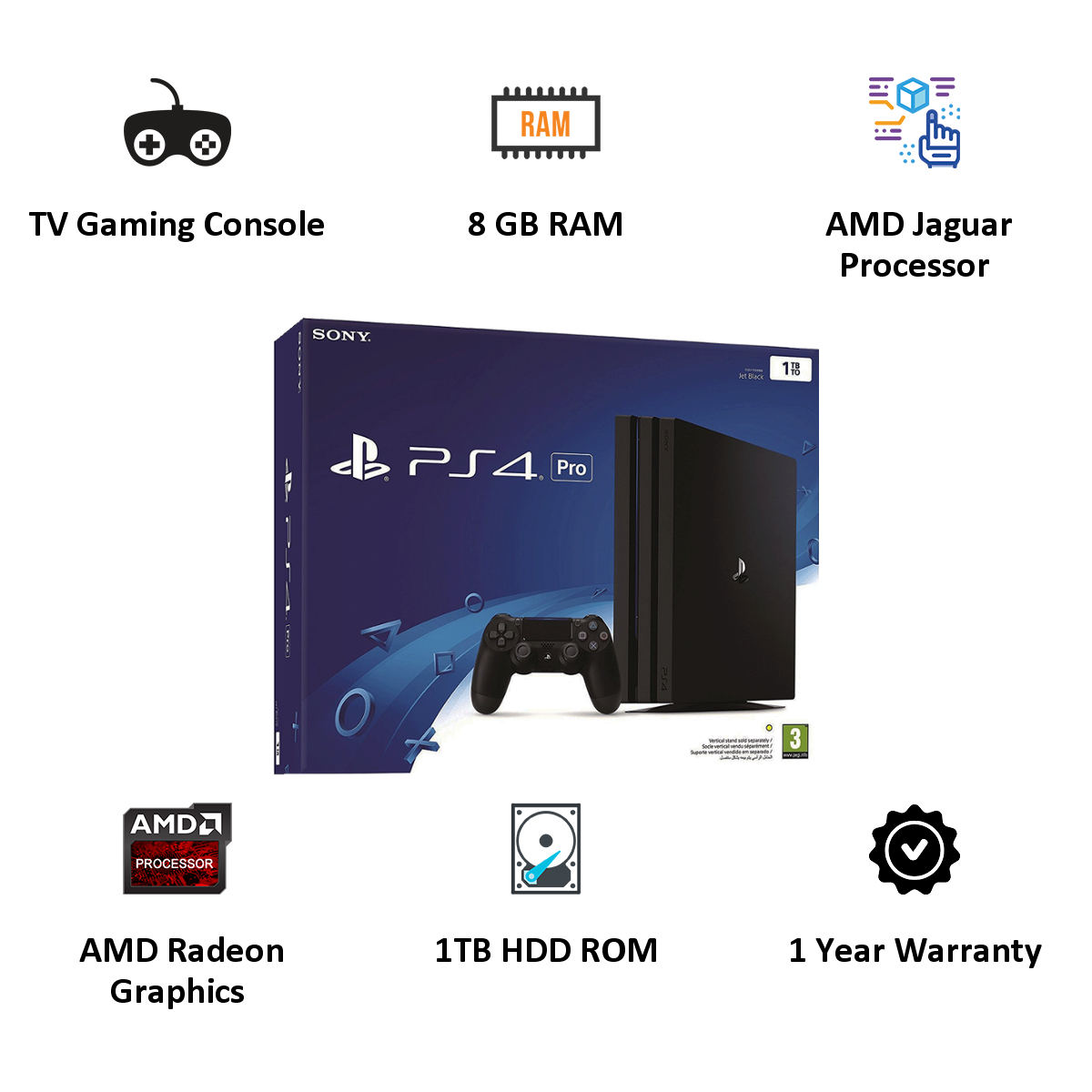 If you are a game freak, you must gift yourself the Sony Play Station 4 Pro Console which lets you play the latest games with such cutting edge technology so that you enjoy your games and derive utmost pleasure. It is, without a doubt, world’s best running console with an assortment of features that will stun you. Stream the biggest movies, TV shows and videos in 4K resolution from Netflix, YouTube and a host of entertainment apps with auto-upscaling for the sharpest picture possible. Start watching now, via the TV and Video tab on the PS4 home screen. Game resolution ranges from 1080p to 1440p on an HD TV. Has Max. Power consumption (maximum) of 310 Watt.

The Sony Play Station 4 Pro Console operates on a CUH-7000 series single-chip custom processor, x86-64 AMD “Jaguar”, 8 cores CPU. To give you the best of graphics experience, you are gifted the amazing GPU 4.20 TFLOPS, AMD Radeon based graphics engine which is based on AMD Radeon and has a dedicated memory of 8 GB GDDR5 so that your gaming experience is never compromised for even a moment. The console comes with 1 TB disk space you can store as many games a you want without having any space crunch. It comes with a wireless Bluetooth 4.0, Wi-Fi, Ethernet connectivity as well as Super-Speed USB (USB 3.1 Gen.1) port × 3, AUX port × 1. Also has HDMI out port (supports 4K/HDR), Digital Out (Optical) port.