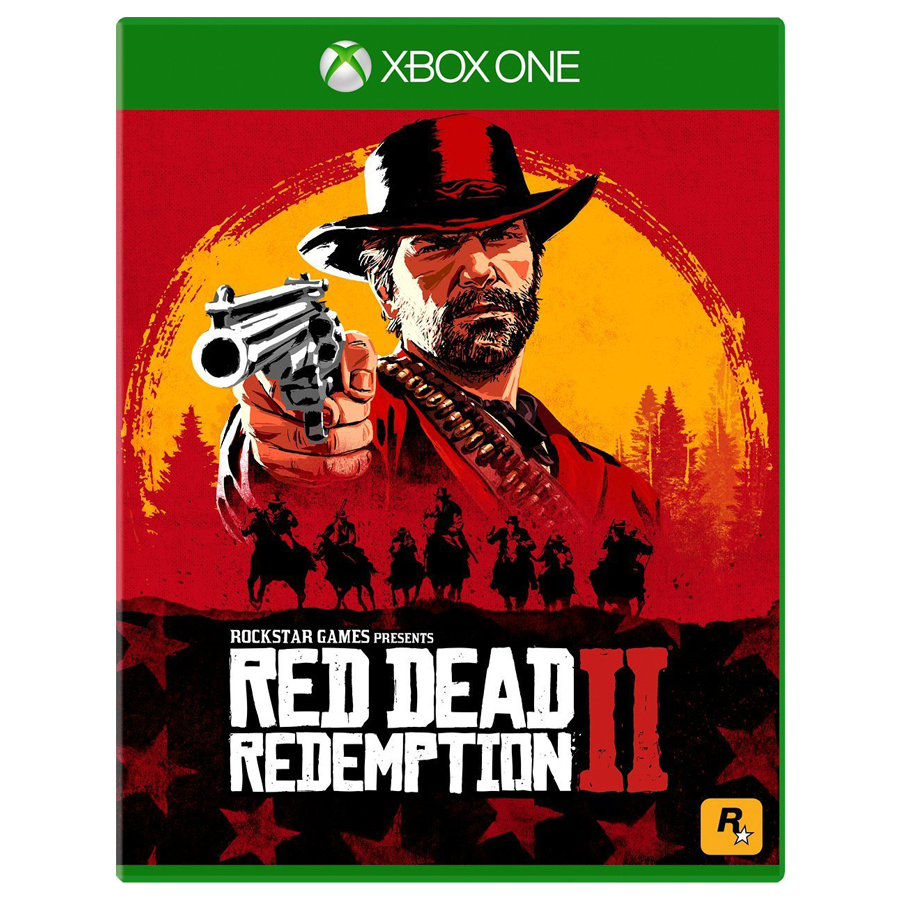 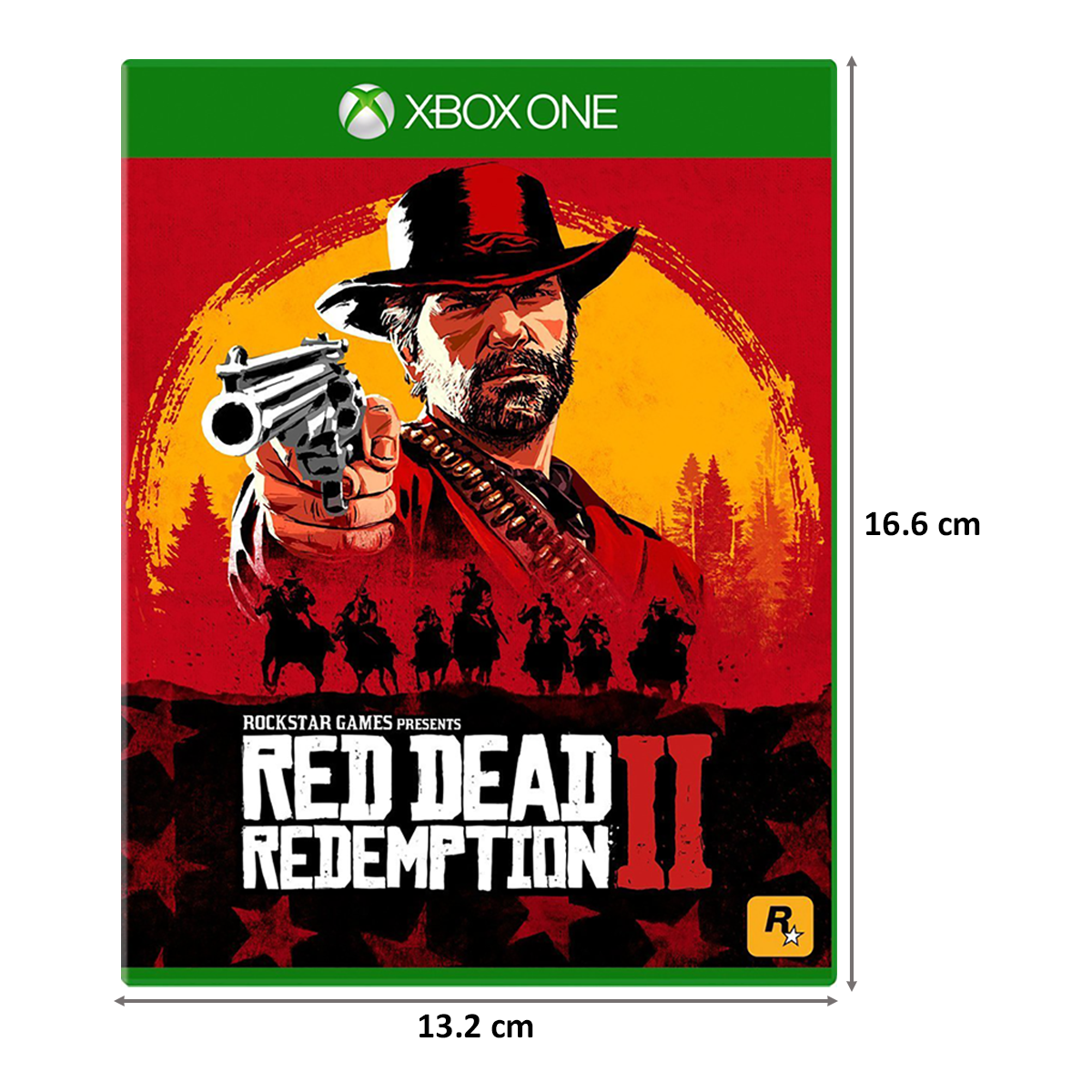 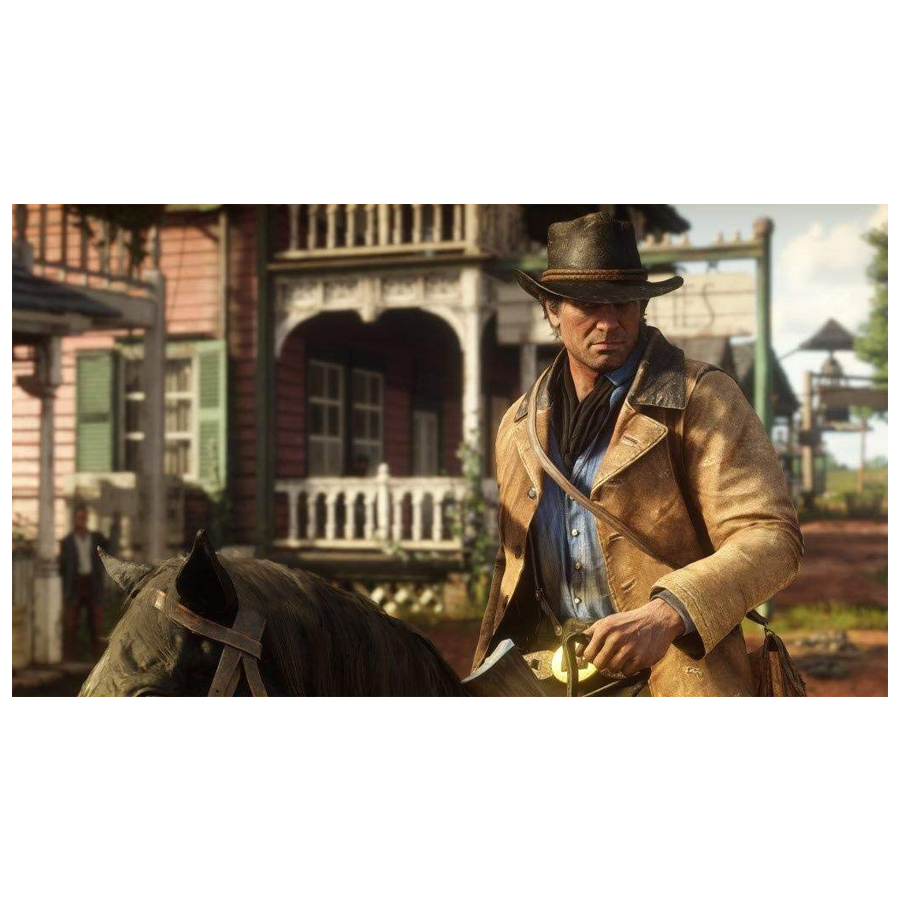 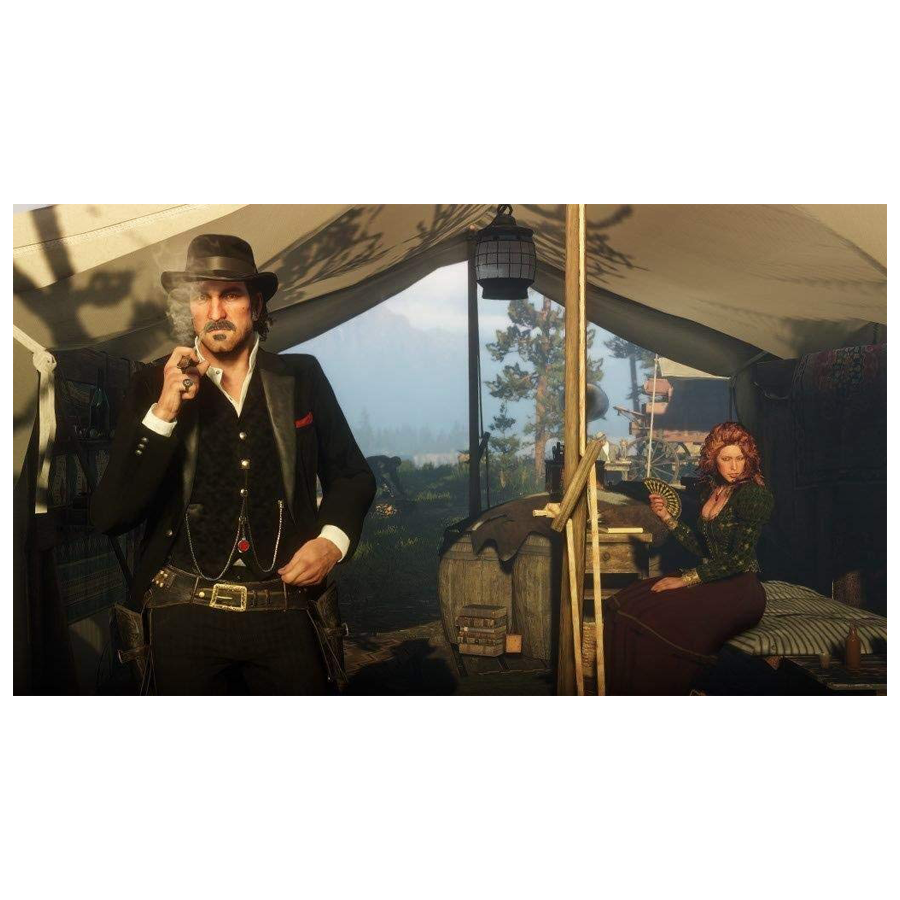 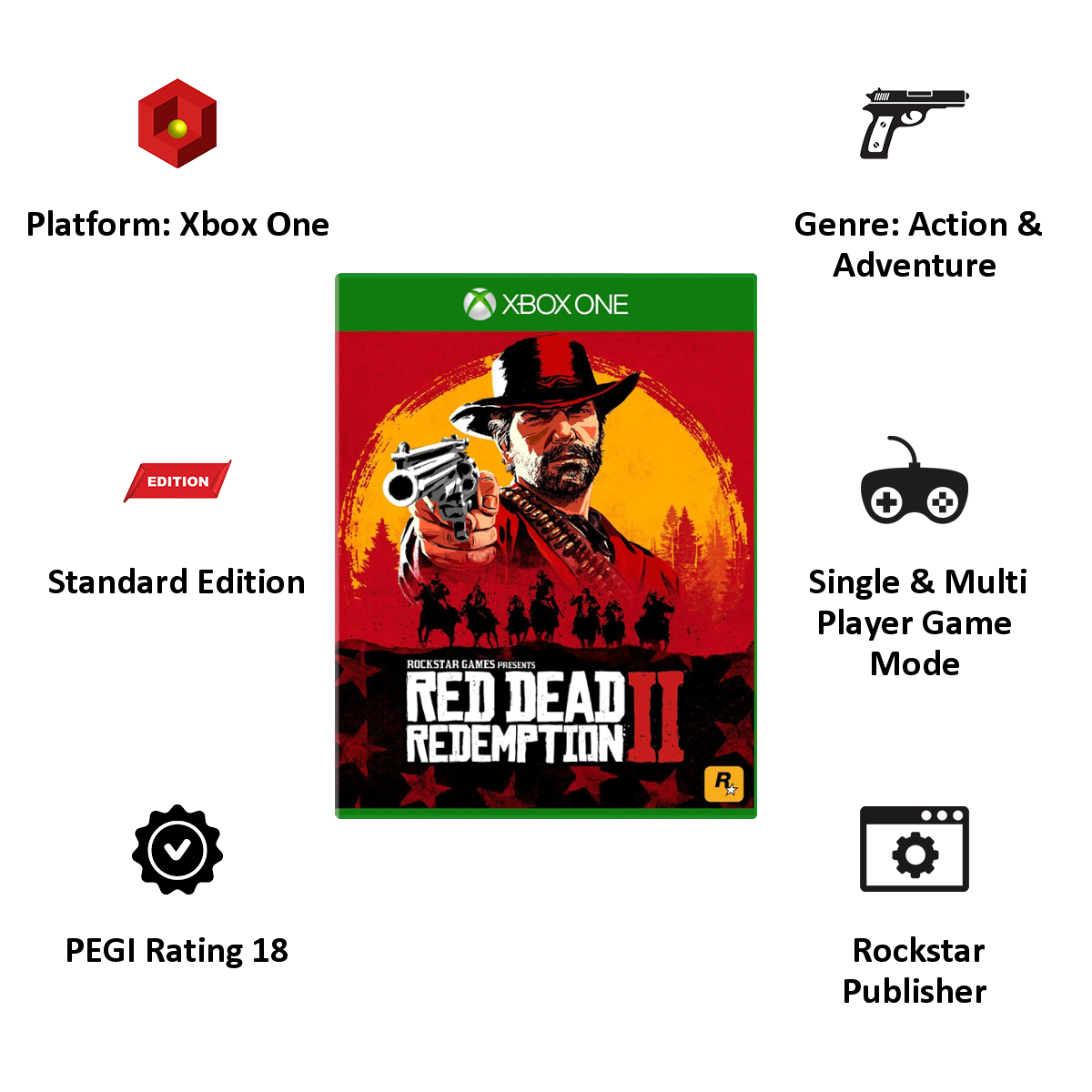 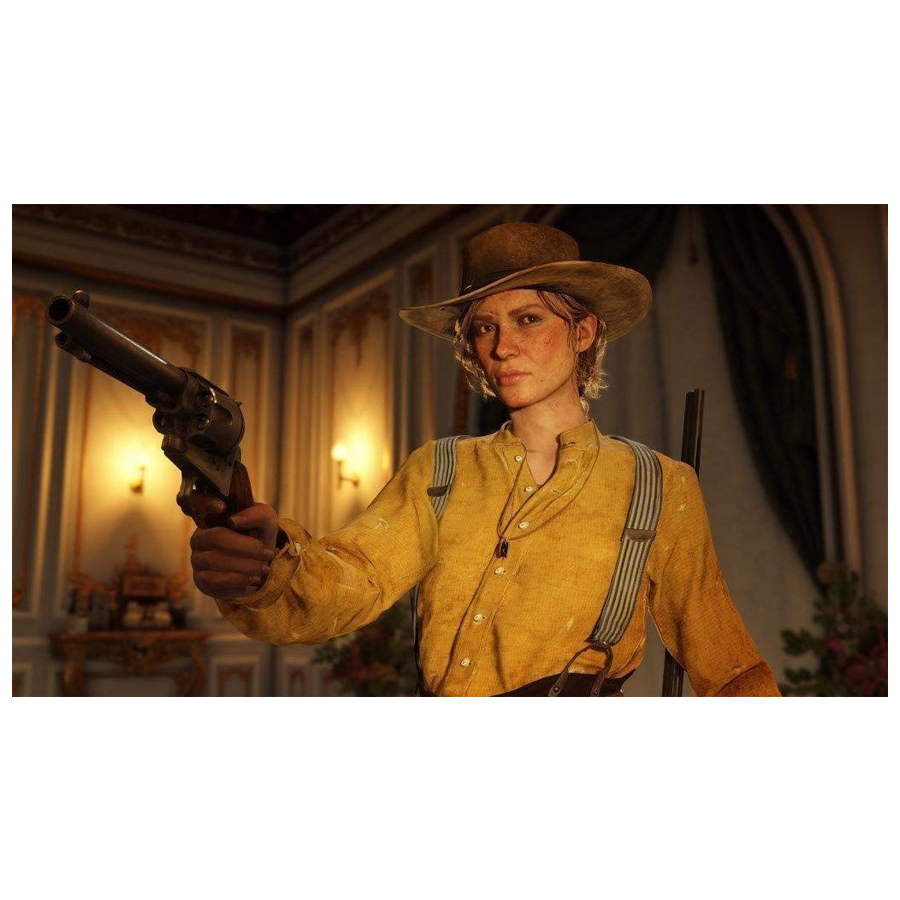 Immerse yourself in one of the greatest sequels to arguably one of the greatest games ever made as the sequel of a lifetime is here. Xbox One Red Dead Redemption II for the Xbox One brings forth an epic tale of life in America at the dawn of the modern age. In the year of 1899 in America, after a robbery goes wrong in the town of Blackwater, Arthur Morgan and the Van der Linde gang are forced to flee. With federal agents and bounty hunters massing on their heels, the gang must rob, steal and fight their way across America to survive. As deepening internal divisions threaten to tear the gang apart, Arthur must choose between his own ideals and loyalty to the gang who raised him.

The end of the wild west era has begun as lawmen hunt down the last remaining outlaw gangs. Those who will not surrender or succumb are killed. From the creators of Grand Theft Auto V and Red Dead Redemption, Xbox One Red Dead Redemption II is an epic tale of life in America at the dawn of the modern age. This game has been meticulously crafted and the attention to detail is absolutely mesmerizing. This Xbox One Red Dead Redemption II has also been splendidly optimized for the Xbox One and runs smoothly on the console immersing you into the wild-west to the fullest extent. The fluidic gameplay with amazing frames per second offer an exceptional epic ride to remember.